This post contains some affiliate links. This means that if you click on them and make a purchase, I might receive a small commission that helps me keep the blog going. The price you pay stays the same. Thank you for your support.


I've had my eye on the Tefal Actifry for a little while.

It's a small(ish) appliance (more on that later), that sits on your kitchen worktop and, at the push of a button, will fry chips, meat or other veggies. All automated. Timed. You can just walk away and let it do its thing. It even stirs the food itself. Yes, it sounds like something from the future. And it sounded like just the thing I needed for breakfasts. 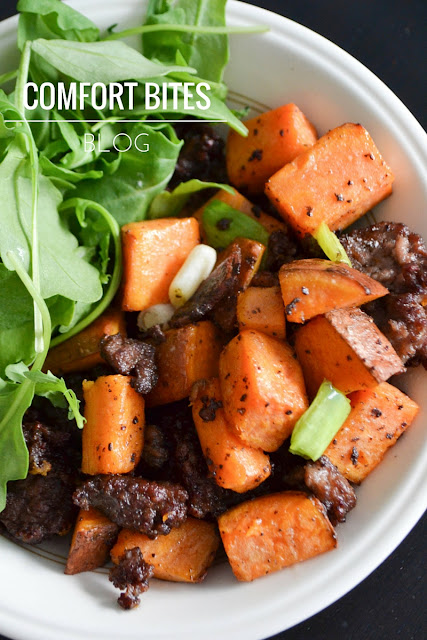 As you know, I ditched cereal and toast for bacon and eggs, and breakfast hash a few years ago. And, even if you prep your chopped veg the night before, you're still standing there, stirring a frying pan for 25 minutes when you could be getting the kids ready for school, showering or making the packed lunches. The Tefal Actifry - with its 'close the lid and leave it' function sounded like the perfect solution to my breakfast time.

And so it was quite a surprise - and great timing - when I was contacted by Tefal to see if I'd like to receive an Actifry to try out and review for you all.

I played around with it for a couple of days, trying out chips (brilliant), sweet potato fries (also brilliant, as long as you cut them fairly thin and short) and a lovely breakfast hash.

First, the good points. The Tefal Actifry is definitely very convenient, when it comes to cooking. You just add your ingredients (say, chips) and then you measure out a spoonful of oil with the little spoon provided, close the lid and set the timer. The Actifry will then start up, stirring the chips so they cook evenly. And the chips cooked brilliantly. They were crisp on the outside, tender in the middle. They were more evenly cooked than sweet potato chips I've cooked in the oven, which often have burnt little bits where some of them stick up from the tray. The only thing you need to watch is that your chips are more on the shorter side, because as the blade rotates and stirs them around while cooking, they can bunch up and get stuck if they're cut too long. But this is easy to remedy if you cut them the right size.

But for chips, it's brilliant. Better than the oven I would say.

The other good thing is that you totally can dump your ingredients - raw meat, veggies - in the bowl and then let it cook for you. Effortless, even. It's also surprisingly quick - chips take around 15 minutes to cook. You can also add ingredients at different stages of the cooking - when you open the lid, the unit pauses.

The Actifry takes up quite a bit of space on the worktop, quite a lot more than, say, a slow cooker. This means that, because I have a small kitchen, I'm unlikely to leave it out on the worktop because I need that precious space for chopping, plating up and other prep work. It wouldn't fit in a cupboard when I wasn't using it, so it's at home on a shelf in the garage. 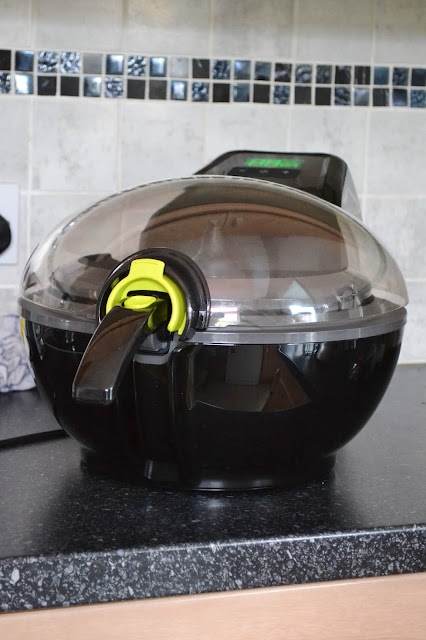 Secondly, it's quite noisy. While it cooks it makes a whooshing noise. The first time I used it, the whole family emerged in the kitchen doorway to see what had happened. It's not loud enough to get on your nerves though, it's just louder than I thought it would be.

Cleaning-wise, the leaflet inside said that all the removable parts can go in the dishwasher. The futuristic, dome-shaped lid comes off, the bowl and handle unclip from the main unit in a similar way to a deep-fat fryer. The blade in the centre unclips, too. And when you're cooking veggies or chips there won't be much washing up - the only thing I did find that when I cooked the beef hash in it below, the stirring blade did take a bit of washing - I had to hand-wash mine, and the cooked meat ended up stuck in bits of the blade. But a bit of washing and light scrubbing with the soft side of a sponge and I eventually got it all out.

So. Would I recommend the Actifry?

If you have a big kitchen or somewhere to store it when it's not in use, yes. If you eat a lot of chips or vegetables, definitely. I personally wouldn't use it for meat (especially beef mince) again, just because I was put off by what sticks to the blade afterwards, but it is quick and it does save time and (I think) energy when you use it instead of a roaring, hot oven. It's also convenient for making up some chips in the kitchen while you're cooking up a barbecue outside, for example.

I also like that you can set a timer and leave it, saving you time when you'd normally be stirring and fretting over a hot pan.

You can find out more about the features of the Actifry here.

Here's the Beef and Sweet Potato Breakfast Hash I made using the Actifry. If you don't have an Actifry, just make this in a frying pan instead.

Method
First, open the lid of your Tefal Actifry and add the oil. Pick up the raw minced beef and break it off in small, bite-sized clumps, scattering it around the pan. Chop the bacon and garlic and add it, and then tumble in the chopped sweet potato pieces. Close the lid and then set the timer for 20 minutes.

Five minutes before the end of cooking, lift the lid - the unit should stop cooking and fall silent. Roughly chop the spring onions and scatter them in - the beef should be cooked and the sweet potato should now be soft and tender. Replace the lid and push the button on the panel to get it started again and cook for the final 5 minutes to cook the spring onions.

Season with salt just before serving.

Do you cook with a Tefal Actifry? What do you think?

Disclosure: I received a Tefal Actifry for the purposes of this review, however all opinions are my own.