My Book, and Autoimmune Protocol Pancakes

This post contains affiliate links. This means that if you click through and decide to make a purchase, I may receive a small commission which helps to keep the blog running. Thank you for your support.

The thing is, I've been creating a lot of autoimmune protocol recipes lately, firstly because eating this way has done wonders for me in settling my own autoimmune symptoms - and secondly because I really do believe that food can be soothing and comforting on any diet, even one as restrictive as the autoimmune protocol (often referred to as AIP).

Imagine comfort food on a diet where you can't eat eggs, dairy, grains, tomatoes, red peppers, chillies and potatoes. I mean potato dauphinoise is out. And pizza is, on at least three counts. So I compiled all my autoimmune protocol recipes in an ebook so that hopefully it will provide inspiration to others who are already on the diet (I use the word 'diet' loosely as it's actually more of a lifestyle, rather than a quick fix thing like getting into your bikini after the excesses of Christmas, for example).

And, I'll be honest. It was also a personal challenge for me. When I began eating this way, I lived off home-made meat patties, boiled vegetables and salmon. It wasn't, if I'm honest, much to get too excited about, on a daily basis. And so I set out to create recipes that made me look forward to each meal and dishes that I craved on the way home.

All the recipes in the book (there are just over 30) are egg-free, nut-free, nightshade-free and seed-free paleo dishes. Have a look at the book in the Kindle store here.

In the meantime, I'll leave you with one of the recipes - the cover recipe from the book: AIP Friendly Pancakes.

Because, those on gluten-free, egg-free and dairy-free diets shouldn't be left out on Shrove Tuesday... 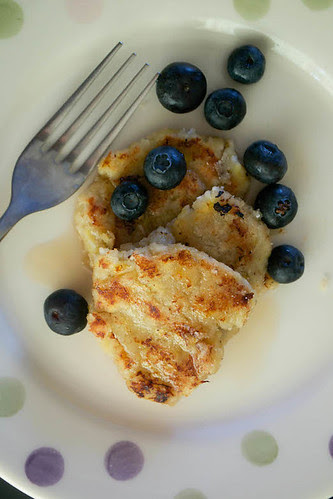 Pancake recipes - even paleo ones - always seem to include eggs, which aren’t allowed on the autoimmune protocol. But when I remembered that bananas often make a good egg substitute in baking, I found I could whip up these beauties for an indulgent breakfast. In moderation only, as these are quite sweet.

Heat the coconut oil in a non-stick frying pan.

Mash the banana in a bowl, until it’s soft and runny. Stir in the dried coconut and the coconut flour to form a thick dough, a bit like a soft biscuit dough. Bananas can vary, so add a little more coconut flour if you need it.

Take a heaped tablespoonful of the dough and drop into the coconut oil. Spread the pancake out with the back of the spoon, dipping it in the oil in the pan, if it sticks. Cook for 1-2 minutes on the first side and then flip - it should be slightly golden - and continue to cook for about 2 minutes on the other side.


When cooked through, serve the pancakes while they’re still hot, with a small drizzle of maple syrup and a handful of blueberries on the side. 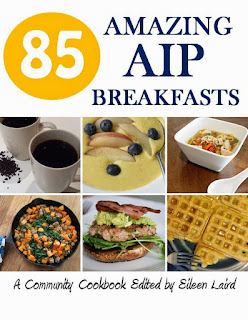 Want to have over a hundred great AIP recipes in your hands within seconds? The ebook Best of AIP 2016 is now out - A whopping 120 AIP recipes from all your favourite bloggers (including me!). Perfect to kick start your AIP cooking journey or just inspire you to try new things. And they've all been given the OK by Dr Sarah Ballantyne herself.  Go have a look here! 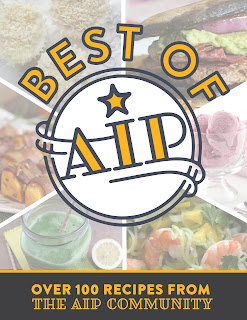