Taste Test: Walkers Crisps - The 'Do Us A Flavour' Finalists

So. Remember when Walkers launched a contest for the public to come up with some unique crisp flavours? And they would pay the winner £1 million?

Well, the finalists have now been chosen - after David Walliams and Marco Pierre White put their heads together to come up with the final 6 flavours. (Mine wasn't in there. Booooo.) 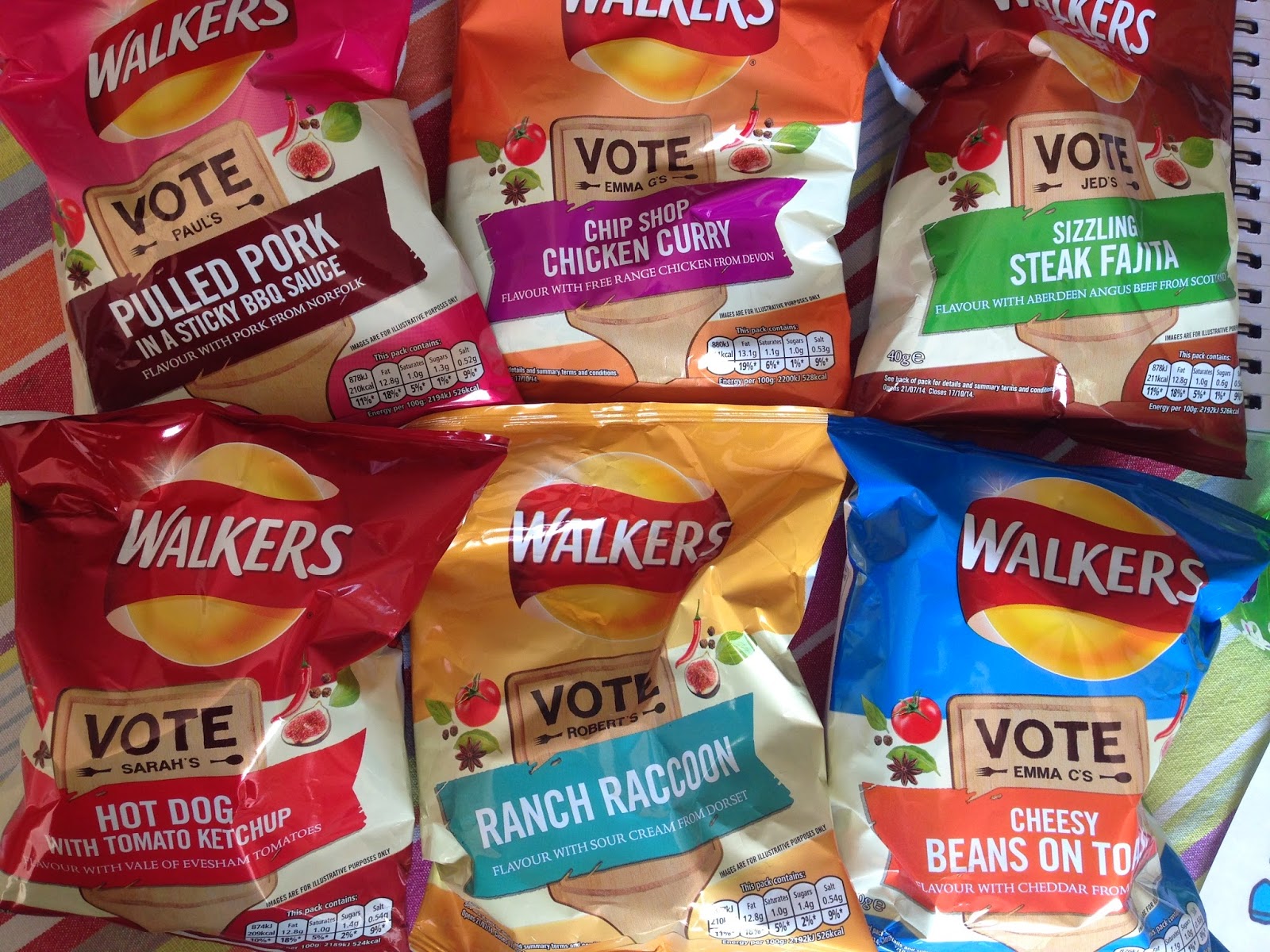 The final crisp flavours are:

Walkers sent us a packet of each for us to have a nibble on and try them for ourselves. We gathered around the table, broke open the packets and tentatively nibbled on each one.

The Chip Shop Chicken Curry was mild, and sweet - the flavour is exactly like chip shop curry - and was one of our all-round favourites. I loved the flavour of the Sizzling Steak Fajita - beefy but you can taste the flavour from the peppers and spices. Quite a complex crisp flavour, with a lot going on, which was why it was my personal favourite. 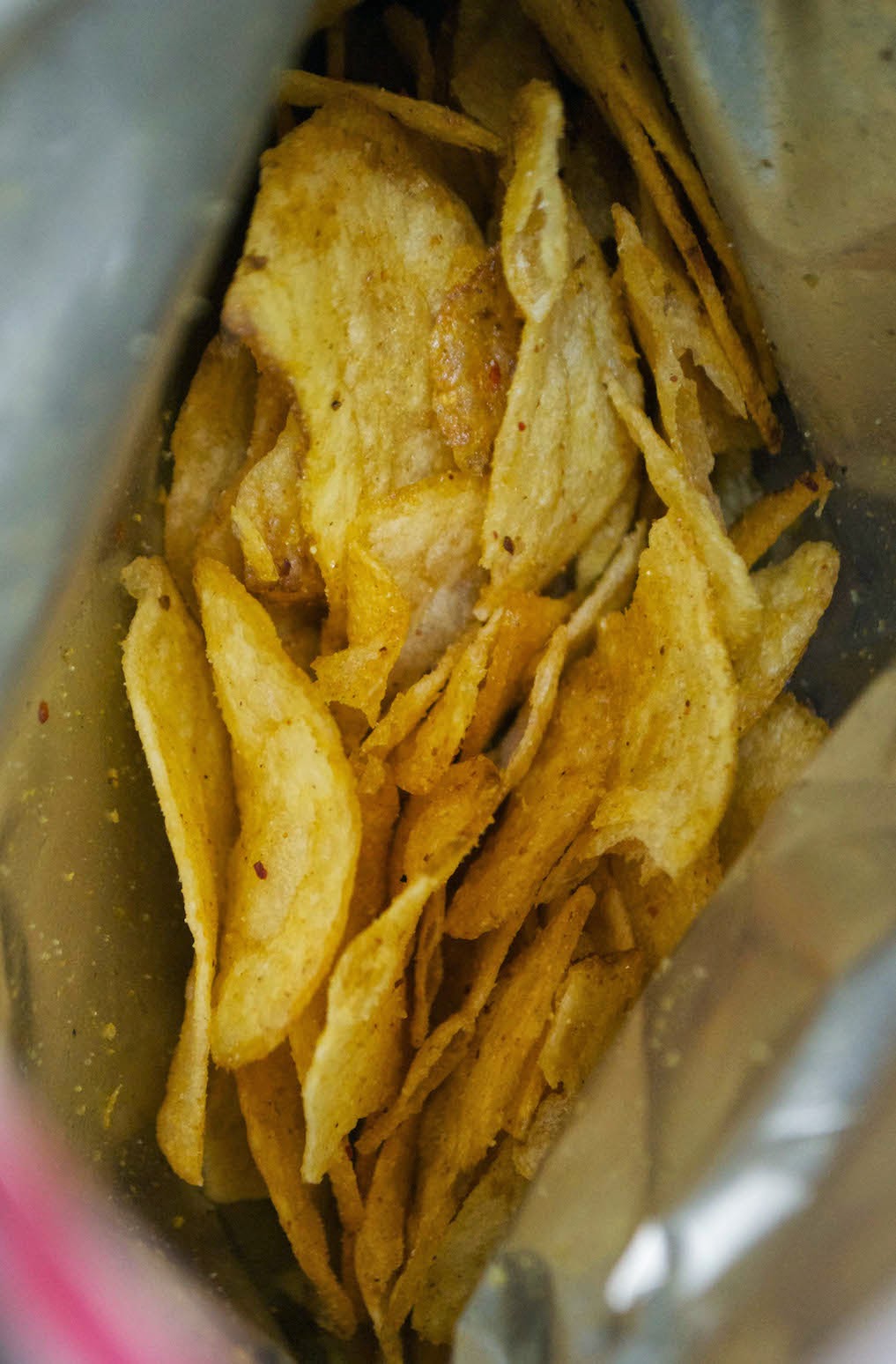 Cheesy Beans on Toast was a bit of a head scratcher for all of us. When you crave beans and cheese on toast, isn't it the texture of the soft beans, the silky sauce and the oozy melted cheese that have as much allure as the actual flavour? The crisp tasted exactly like beans and cheese, but I wasn't sure that it worked for me as a crisp flavour. My nine-year old loved it, though, although she agreed it was a bit weird missing the texture.

Ranch Raccoon was my 6-year old's favourite - it was kind of creamy in flavour, a bit like soured cream flavoured crisps - and, we had to admit - it was a good tasting crisp, even if none of us knew what a raccoon actually tasted like. 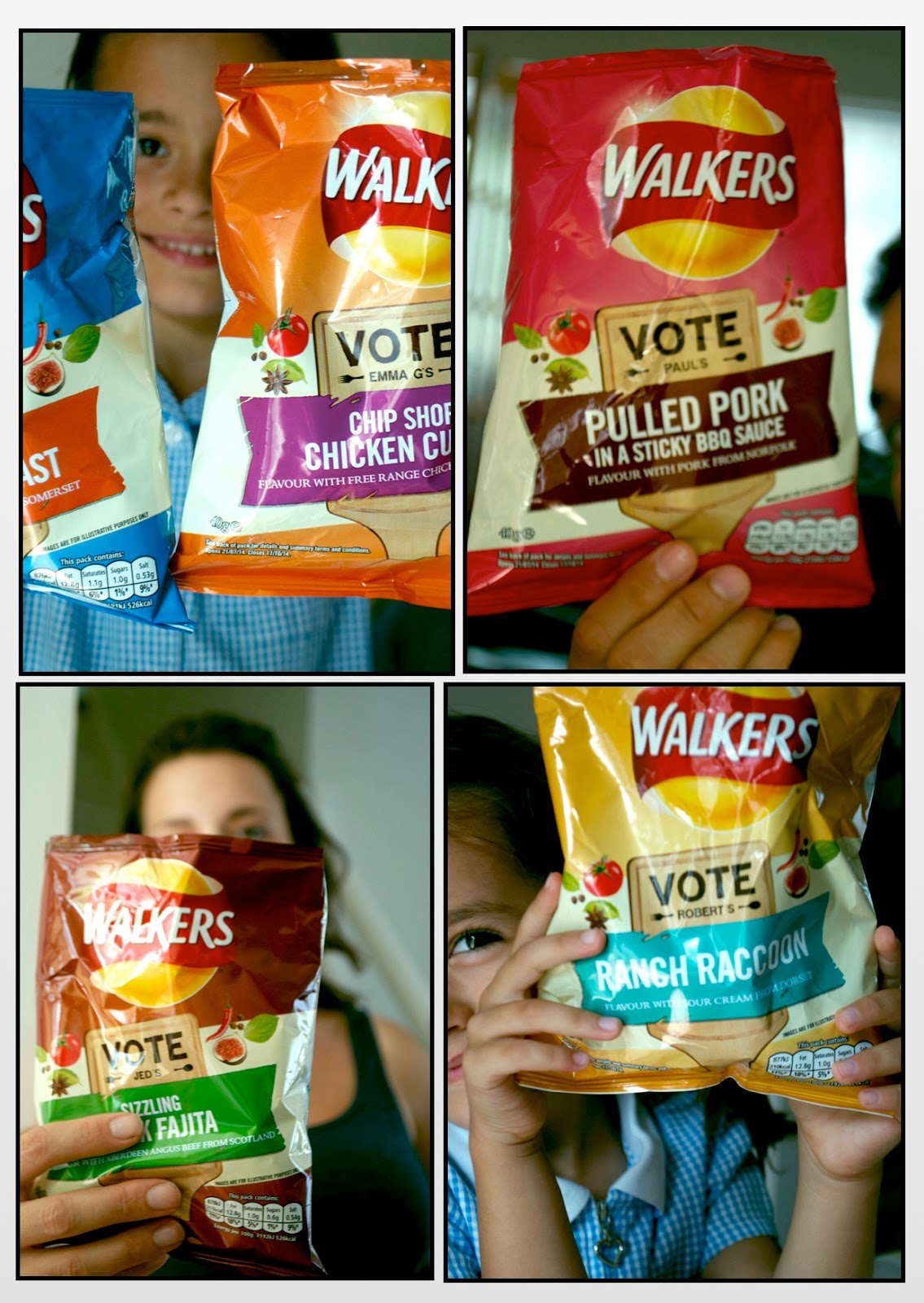 The Hot Dog with Tomato Ketchup was towards the bottom of the list - everyone thought that although you could find the pink-frankfurter flavour in there, it tasted predominantly of tomato. A bit like a stronger version of a prawn cocktail crisp. Not one I would probably look out for in the shops, to be honest.

My husband liked the Pulled Pork flavour the best - you could taste some roasty porkiness, and definitely a barbecue sauce flavour - it works well as a crisp flavour, too.

Have you tried any of the finalists' crisp flavours? Which are your favourites?