Walkers have a new snack out, called Hoops and Crosses. And they kindly sent me a few packs to try, with the girls.

The crisps are shaped like the old-fashioned 'noughts and crosses' game and they're fun for the kids to eat. The good news for us is that they're wholegrain, have no artificial colours or preservatives and they contain 30% less fat than a regular packet of crisps. 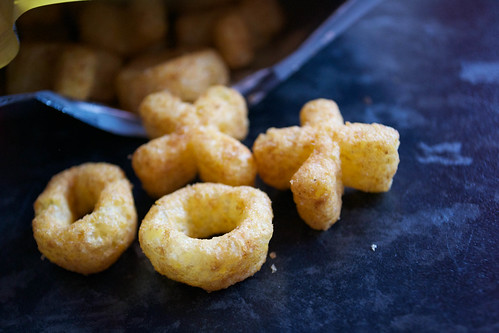 The girls liked them: they come in three flavours: prawn cocktail, salt and vinegar and also roast beef, which was the clear favourite with us. The prawn cocktail flavour was tangy and the salt and vinegar flavour wasn't that strong, it was quite mild which is great for kids. I'm surprised though that they haven't developed a cheese flavour - I know my girls would go mad for them.

We liked them and I'd probably tuck one of these in the school lunchbox on those days they have regular crisps, partly because a little extra wholegrain has got to be good and also because they're lower in fat. 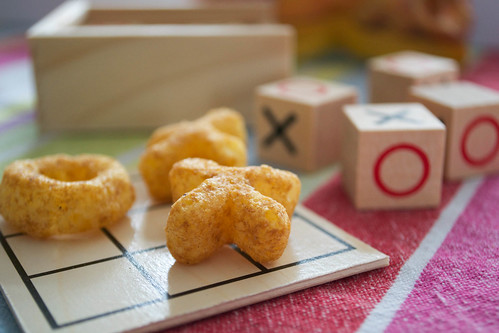 Have you tried these new Hoops and Crosses? What did you think? 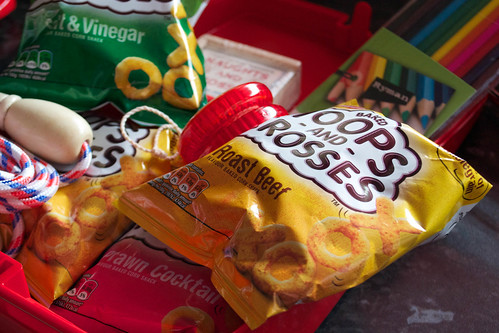