Exciting news! Legit Bread is now available in the UK - so you can bake 100% paleo bread to your heart's content. Plus I show you how to make a beautiful Raisin Cinnamon Loaf.

This post contains some affiliate links. This means that if you decide to click through and make a purchase, I might receive, at no extra cost to you, a small commission that helps me keep the blog going. Thanks for your support!

You can now buy Legit Bread Paleo packet mix in the UK, which means you can now enjoy paleo and primal sandwiches, toasties, panzanella, French toast and all sorts. Fully paleo and nut free, too, which means it's good for school lunches. Yay! 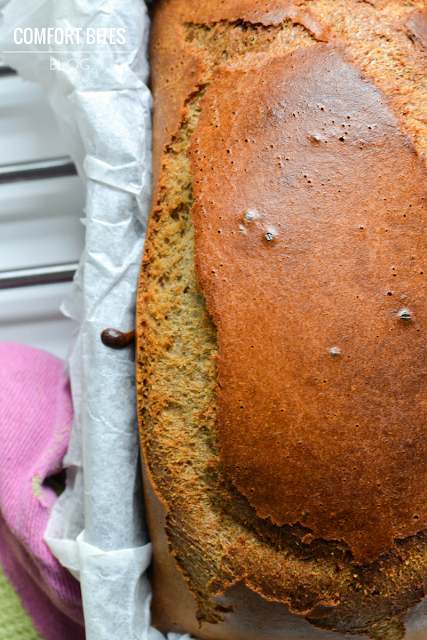 A bit of Legit Bread history...
Legit Bread was founded by Jennifer Robins, the blogger behind Predominantly Paleo and a series of cookbooks which include Down South Paleo and The Paleo Kids Cookbook. She created the Legit Bread recipe and then went on to create mixes of the dry ingredients so it was even easier for paleo peeps to add a few ingredients, blend it together and then bake home-cooked bread. And it's SO good. 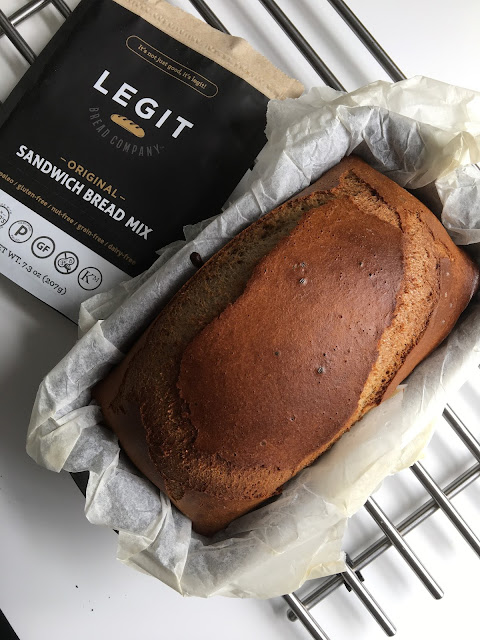 What's it like?
The bread is easy enough to make. You blend together eggs, honey, apple cider vinegar and a little of your chosen oil or fat, and then mix in the packet ingredients until smooth. Pour into a lined loaf tin and bake. It looks like bread. You eat it like bread. And the smell of it baking fills your house with warmth, like bread does. It's just that it's nut, gluten, soy, dairy and grain free. So it's bread, but without the bloating.

Texture-wise, it's a little denser but easier to slice and handle than regular bread. It doesn't have a cakey texture at all. We love it toasted, but you can eat it plain, with jam or in sandwiches. You can also toast sandwiches and basically use it as you would use bread.

It's on Amazon UK at the moment at just under £15 for two packs, which might seem expensive, but listen to this. You'll probably not eat bread every day - so it's more of a treat or a packed lunch option I think. Also, because it's denser and more filling, you need to eat less of it than you'd think. As well as that, the loaf freezes well - I've actually frozen a few slices individually, so we can pull a few out of the freezer to make a bacon sandwich with when we feel like it (since when do I ever not feel like a bacon sandwich, but still). And, price-wise, it's in line with other paleo breads out there, which are selling for £7-£9 per loaf.

I love how easy this bread is to bake - because sometimes you don't want to be buying all the different paleo flours you need for it to clog up your cupboards - and it tastes great! And because you're using it like bread, it's really versatile. You can even add in ingredients to spice up the bread and turn it into a kind of tea cake like I've done here, with the packet that Jennifer sent me to try out. I've added the raisins in batches, only because the batter is quite wet and it gives the raisins a chance to bake in before they fall to the bottom of the loaf. 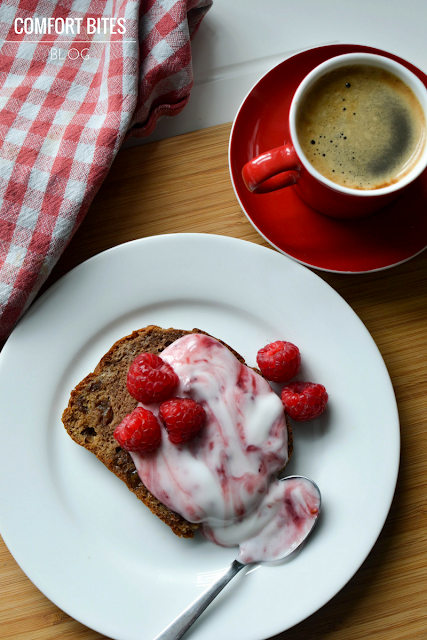 You'll soon be able to get hold of other epic Legit mixes, like Legit Pancakes, Legit Bagels and the Legit Blonde Sandwich Bread. Keep a lookout on Amazon, but I'll keep you posted, too.

Go and find out more about Legit Bread over at Amazon UK. 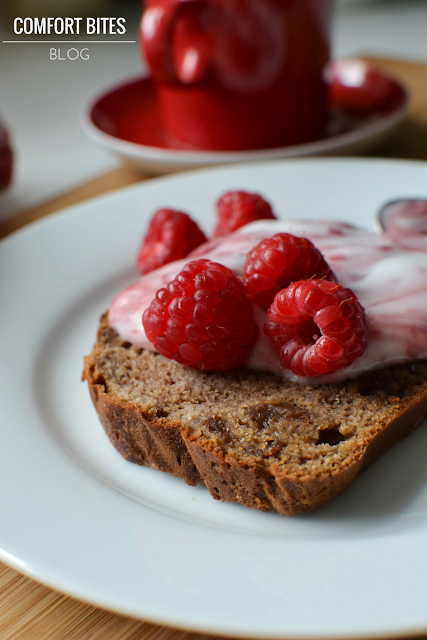 Method
First, preheat the oven to 175ºC/350ºF. Line your loaf tin with parchment paper and use a drop or two of olive oil to grease it, on the base and up the sides.

Crack the eggs into a mixing bowl and add the honey and the olive oil and apple cider vinegar. Blend it (I used a stick blender) on low, until combined and smooth. Gradually add the Legit Bread packet contents and continue to blend, until you've used up all the dry mix, and the mixture is smooth.

Once the bread is baked, take out of the oven and leave to cool. Once cooled, remove from the loaf tin and slice.

Serve with coconut yoghurt and fruit compote, with some berries on the side.

I'm seriously so impressed with this bread, so stay tuned for more recipes over the next few weeks.

Made this recipe? I'd love to see it! Tag me in on Instagram @joromerofood!