This post contains some affiliate links. This means that if you decide to click on them, I might receive a small commission that goes back into helping me keep the blog running. Thank you for your support.

Coffee is the one thing I've really struggled with in recent years. Before I decided to go paleo and AIP and find out what foods agreed or disagreed with me, I drank coffee three or four times a day. Big lattes served in a cup the size of a cereal bowl, all frothy and swirly, sipped with a friend on our lunch break. Short little espressos if I was late for a train and walked past a kiosk at the station with all its roasty, toasty aromas. And great big mochas, dressed up with whipped cream, a dusting of cocoa and a drizzle of caramel.

Then, after doing AIP, I discovered that although I loved coffee, it didn't really love me that much. My love of coffee seemed to coincide with the digestive problems I had. As well as the jitters I'd get, where I felt like my brain was operating faster than the rest of the world. I realised that I just didn't tolerate coffee, or caffeine in general. This was sad.

I didn't want coffee for the energy it gives, which was down to the caffeine. I don't need it to keep me awake or get me through the 2pm slump. I just missed the toffee-like, silky flavour.

Someone suggested I try dandelion root. It was a bit like coffee, but really bitter and I couldn't get it to taste how I liked. And then, after a chat on a Facebook group, I discovered chicory root coffee. 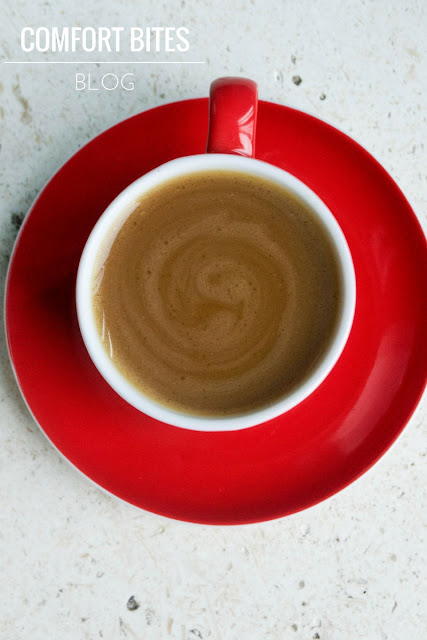 Think of the richest, strongest coffee you've ever had.

It does taste a bit sweet, like toffee, with that slightly bitter, roasted coffee-like flavour. That's how I've always liked my coffee. I've added coconut cream, which adds smoothness, and I also love the way it swirls and settles on the surface, creating whirls. A dash of honey adds a caramel flavour, giving just enough sweetness. 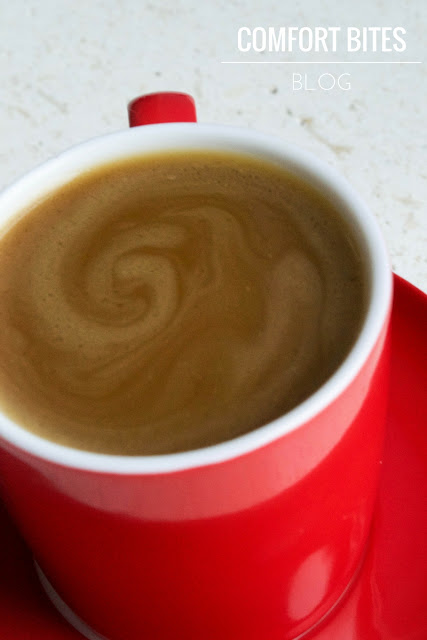 Coffee, it's not you, it's me. We just don't get on with each other. And although I've missed you and longed after you for years, I'm ready to move on. You see, I've found someone else...

Creamy Chicory Coffee
Serves 1
Ingredients
2 tsp Prewett's Instant Organic Chicory
boiling water, from a kettle
2 heaped teaspoons coconut cream (either from a carton or from the top of a chilled can of full fat coconut milk)
1 teaspoon of runny honey

Method
Super easy. Drop the 2 teaspoons of the chicory granules into a mug. Half-fill the mug with boiling water and then stir in the coconut cream until it melts. Swirl in the honey and stir until dissolved. Enjoy.

By the way, if you're into AIP Italian recipes, you won't go far wrong with Ambra Torelli's ecookbook, The AIP Italian Cookbook, packed with recipes including lasagne, pizza and cannoli! Find out more here. 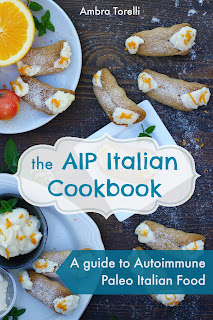