A Christmassy trifle using Naturelly Tropical Jelly, an instant jelly you just squeeze out of a pouch - vegan, gluten free and dairy free. This is one you won't want to miss.

This post contains some affiliate links, which means that if you decide to make a purchase, I may receive a small commission, at no extra cost to you, that helps me keep the blog running. I received the jelly, plus a contribution towards the ingredients for this recipe. Thank you Naturelly Jelly for your support!

So. Here's something Christmassy. 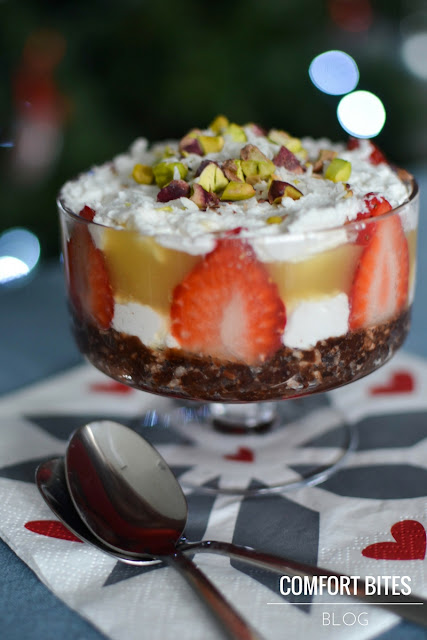 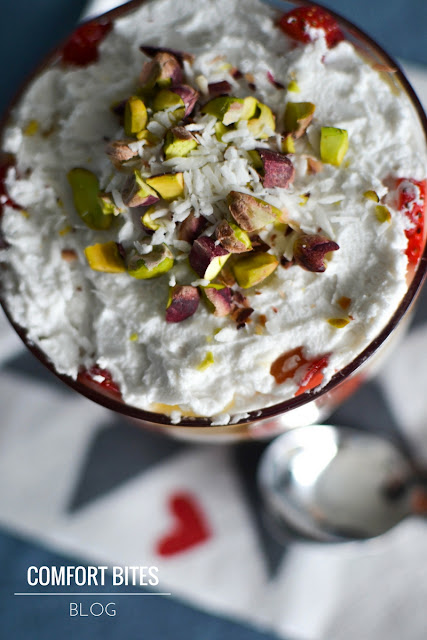 This trifle is gluten-free, grain-free, dairy-free and, if you top it with something other than pistachios, it's nut-free, too. It came about after seeing an ad for a Christmas supermarket here in the UK, pushing all these processed, sugary treats for Christmas pudding and dessert. I mean, trifles and Christmas go together. And I thought: Why can't there be a healthier, more nutritious version of trifle for people that don't want to fall totally off the bandwagon at Christmas time?

And so I decided to make one. 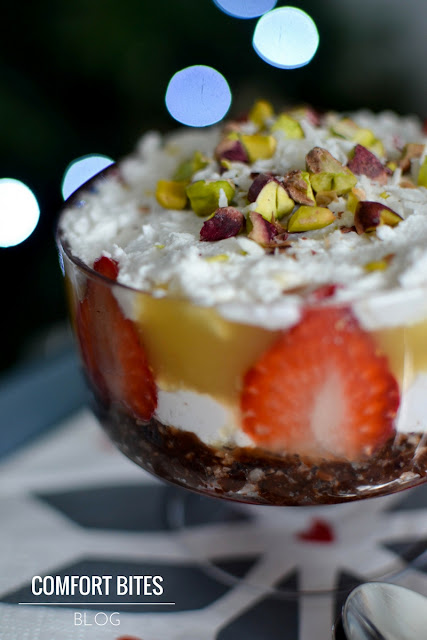 You might remember my recipes using Naturelly Jelly - a vegan, dairy free and gluten free jelly - and I thought this would make the perfect wobbly layer to my healthy trifle. The jelly comes in a variety of flavours - I used the tropical one for this one - but if you wanted to use a different one, then go for it. 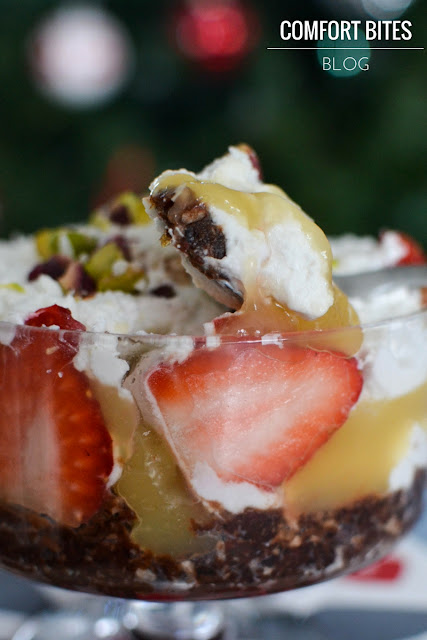 There's a raw layer of dates, cacao and coconut, that replaces the stodgy sponge layer in a conventional trifle. Then there are layers of strawberries, coconut cream, jelly and then pistachios. The whole thing took me about 10 minutes to whip up and put together, so you could have it done nice and quickly, too. Like, you could totally put this together while everyone's watching the Queen's Speech after lunch on Christmas Day. 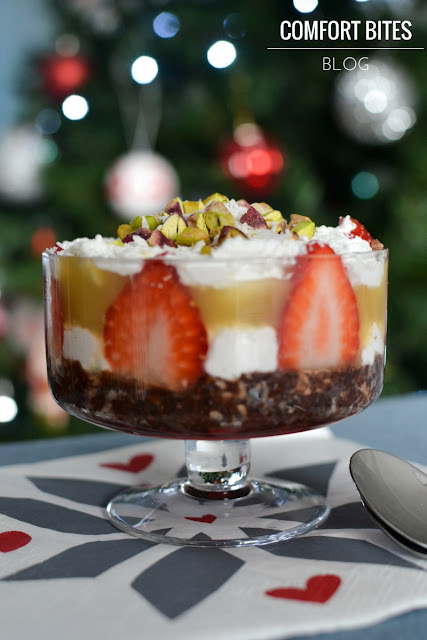 The only thing I would say, is that, although it's made up in a small glass, there are quite a few layers, so I'd recommend this as a sharing dessert - snuggle up and watch Indiana Jones or one of the other films on over Christmas each armed with a spoon. It'll serve two hungry people, or three if you're after something lighter. 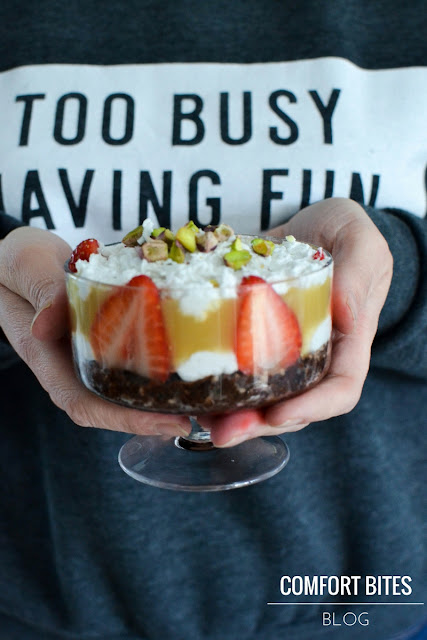 I really hope you love it.

Method
First, blitz together the dates, cacao powder, coconut oil, desiccated coconut and the pinch of sea salt until it forms a rough, chunky paste. Press this into the base of a 15cm (or approx) wide glass bowl or dessert glass.

Next, slice the strawberries and arrange the slices around the glass, on the inside, making sure they all stick up the same way. They should stick to the glass, as you push them gently into the date base.

For the next layer, squeeze out the pouch of Tropical Naturelly Jelly, again making sure you get it between the strawberry slices at the edges, so that the layers can be seen on the outside of the glass. Top with the remaining coconut cream. This will be easier if you use small teaspoons of the coconut cream instead of one big spoonful as by spreading it around you'll disturb the jelly layer underneath. Gently swirl the top of the coconut cream to make it snow-like and build up the topping.

To finish, sprinkle with the chopped pistachios and some more of the desiccated coconut, for a Christmassy look. You can store this trifle, covered, in the fridge overnight, but for the best flavour and texture, eat at room temperature.

What are your favourite Christmas desserts? What would you like to see on a healthy trifle? Let me know in the comments below...