This post contains some affiliate links. This means that if you decide to click on them and make a purchase, I might receive, at no extra cost to you, a small commission that goes back into helping me keep the blog going. Thank you so much for your support.

Have you ever heard of Libum?

It's a type of bun, eaten in ancient Roman times at special occasions. And they're really easy to make. They're made using flour, soft cheese and and egg - and then they're soaked in honey. 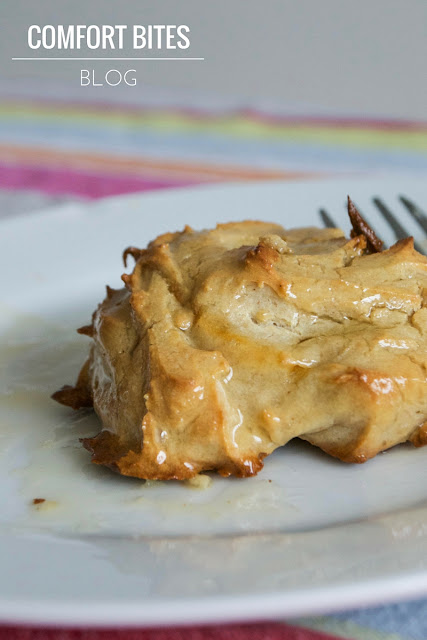 I first came across these little beauties in a copy of Amazing Magazine. My daughter loves it. It's a monthly magazine, with a special theme each month, and it's specially designed to support the National Curriculum so it helps her at school. Well, one month, it was Roman month. I love the Romans, because I love history. And so we both got stuck in making these Libum, so we could taste what the Romans tasted. It was all good.

I decided to adapt the recipe a bit, and make a gluten free version using buckwheat flour. I have no idea if the Romans ever used buckwheat, but there's no reason why they wouldn't, I suppose. These are made with soft cheese though - I used ricotta. I've also used a little less honey. We found it was enough to drizzle a tablespoon of honey over at the end, as you eat, while the bun is still warm. It still soaks in. Oh, and it's flavoured with bay leaves, too, as if you needed another excuse to make them.

Writing this up, I'm dribbling a bit at the memory of these so I'm off to make a batch now, with the kids. Laters! 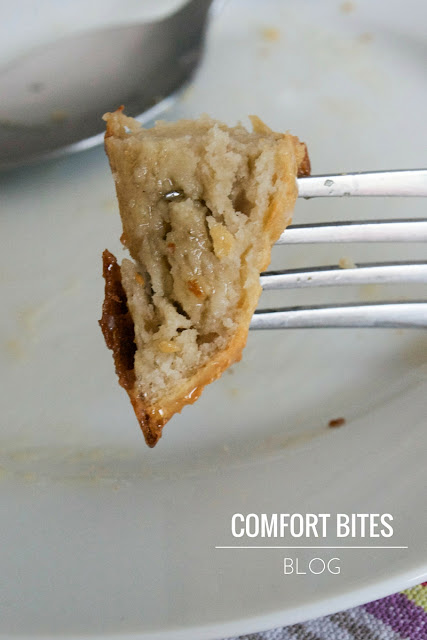 Method
Preheat the oven to 190ºC/gas mark 5/375ºF. Get out a baking tray and line it with greaseproof paper.

In a large mixing bowl, combine the buckwheat flour, ricotta cheese and the egg until it forms a soft dough. If you find the mixture too dry, add a trickle of cold water until you get a dough that's a bit like a soft bread dough - it will be soft and sticky but you can just about handle and shape it.

Lay the bay leaves onto your baking tray and split the dough into four equal balls. Place each ball over the top of a bay leaf and press down slightly. Bake for 35 minutes.

Once the buns are cooked, turn them over and peel off the bay leaves. The leaves will have left behind a beautiful fragrance in the bun as they cooked.

Serve the buns warm, with honey on the side for drizzling.