This post contains some affiliate links. This means that if you click through and make a purchase, the price you pay stays the same but I might receive a small commission that goes back into keeping the blog running. Thanks for your support.

It's totally trendy now, with cafés in the US serving it - I'm wondering when it'll catch on over here, to be honest.

But until then, I'm going to have to make my own, which isn't really any big deal, because I make it in a slow cooker. 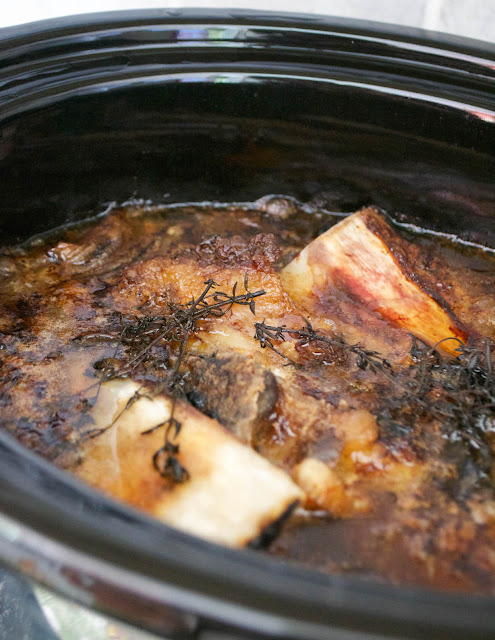 First, I get a pack of beef bones from grass-fed bullocks - I get them with my meat order from Well Hung Meat Co - but ask your butcher. Butchers often used to chuck in bones for free but since the paleo thing, they're in quite high demand, so you'll have to pay for them most likely. But they're not that expensive. And you'll have enough broth for a good few days.

I roughly chop one onion and a carrot and chuck it into the base of the slow cooker and then I just add a couple of unpeeled cloves of garlic and a handful of fresh thyme sprigs. A good pinch of salt and then I drop in the bones.

Next, I boil the kettle and pour about 500ml hot water over the bones and veggies and then replace the lid. It then gets left on the low setting. I usually do this before I go to bed and then wake up to the smell of freshly cooked broth.

The next step is to strain it. 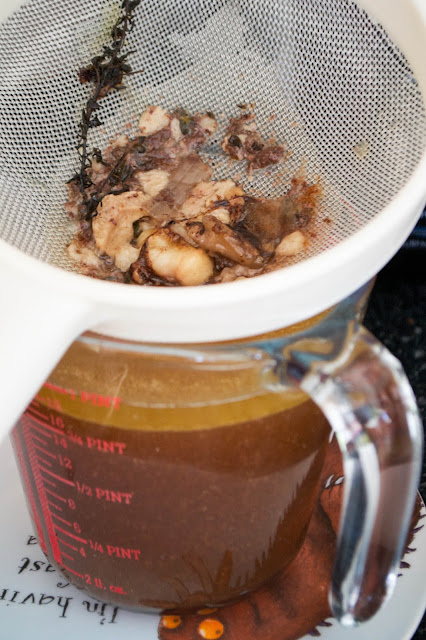 I get a jug and balance a sieve over the top of it, and then ladle in the broth so that the sieve catches any bits of onion skin or garlic. See the fat there, starting to separate as the broth cools down? I usually skim most of that off because I find it easier to drink. Save it in a little pot and you can use it to cook with if you like (beef dripping makes INSANE oven chips. Just saying).

I then cool the broth down quickly (usually by plunging the jug into a sink half-filled with cold water - don't let the water trickle in over the top of the jug, though) and then cover and keep in the fridge. It will probably turn into jelly - this is good - and then spoon out a mugful and heat it up until it's piping hot, when you want it, usually in the microwave (very un-caveman-like but handy). 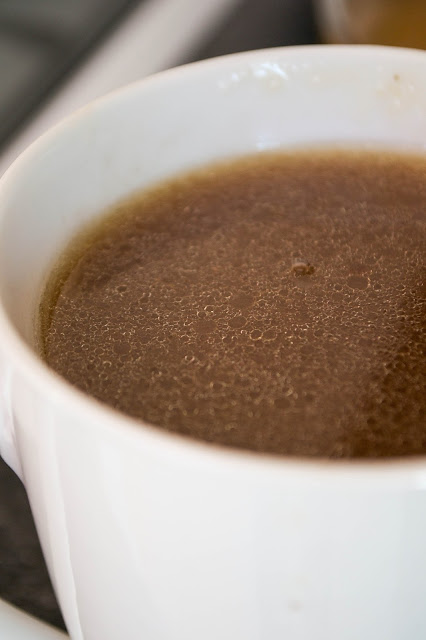