This post contains affiliate links. This means that if you click through and decide to make a purchase, the price you pay stays the same but I might receive a small commission that goes back into keeping the blog running. Thank you for your support. 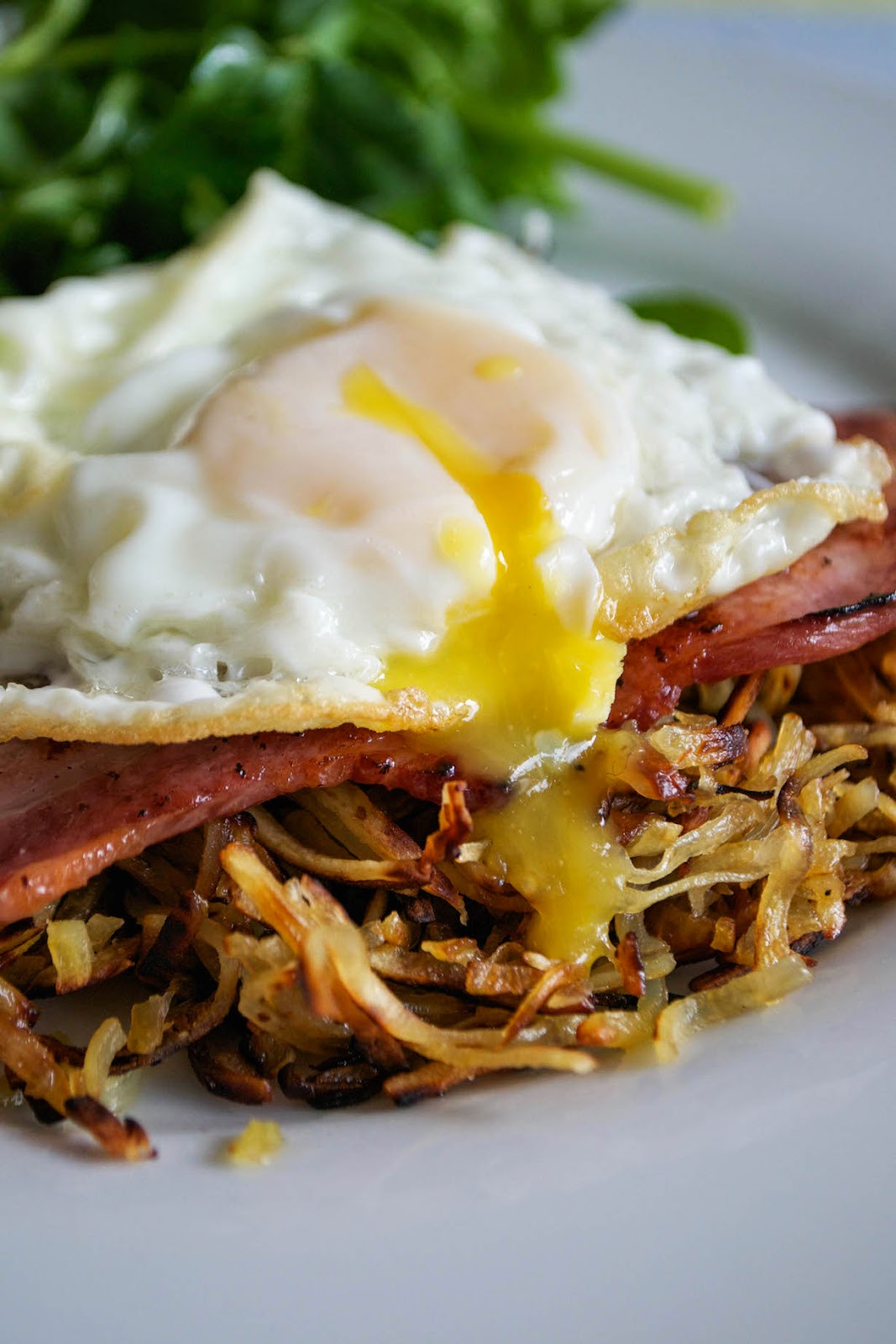 The good news is that, despite appearances, this recipe is AIP-compliant (just leave the egg out if you're eating AIP - the rest is fine) - it's also paleo, primal, gluten and nut free.

So how did it come about? Well, remember my Sweet Potato Shoestring Fries recipe? Well one day I decided to eat them with bacon and a runny fried egg. It worked so well, I had to tell you all about it.

Method
First, peel the sweet potato and then run a julienne peeler along it, or just cut it up into tiny strips.

Heat the oil in a large frying pan and dump in the sweet potato strips, stir-frying on a medium heat. they'll start to soften and turn golden and crispy in about 5-6 minutes. Stir them occasionally so they brown on evenly. They might even crispen up and stick together a bit. This is good. Season with a little pinch of salt. Go easy. You're adding bacon, which is often quite salty enough.

Next, grill the bacon until crisp and cooked through, turning once.

Push the now-cooked sweet potato strips over to one side of the pan and fry the eggs.

Serve the sweet potato hash browns with the cooked bacon and the egg on top. I usually wash a couple of handfuls of spinach and quickly wilt them in the pan I cooked the hash browns in. The leaves wilt in seconds and I serve that alongside.

* Here's the julienne peeler I use for this recipe. It's cheap and makes strips out of sweet potatoes, courgettes, cucumbers in minutes. I usually 'peel' the veggies straight into the pan as the fat melts. It's also small and easy to stow away in a drawer. It works just like a peeler but cuts as it goes.