Want foolproof fluffy, sweet buttercream icing that holds its shape and is easy to pipe? Well here it is…

I'm going to let you in on a strange (and irrational ) secret.

I used to be a bit scared of buttercream. It seemed that whatever I tried to do, the buttercream would be too stiff, so it was impossible to pipe or too soft so it used to collapse and wouldn't keep the shape or texture that I was piping. And then sometimes it just tasted sweet - with no proper vanilla flavour of its own.

Well, I tried different recipes - some using butter and cream, others using hot boiling water and others just sticking to butter and icing sugar. And I found the best buttercream that works for me. It pipes on in nice, pert rose shapes or swirls and it's easy to make by hand. 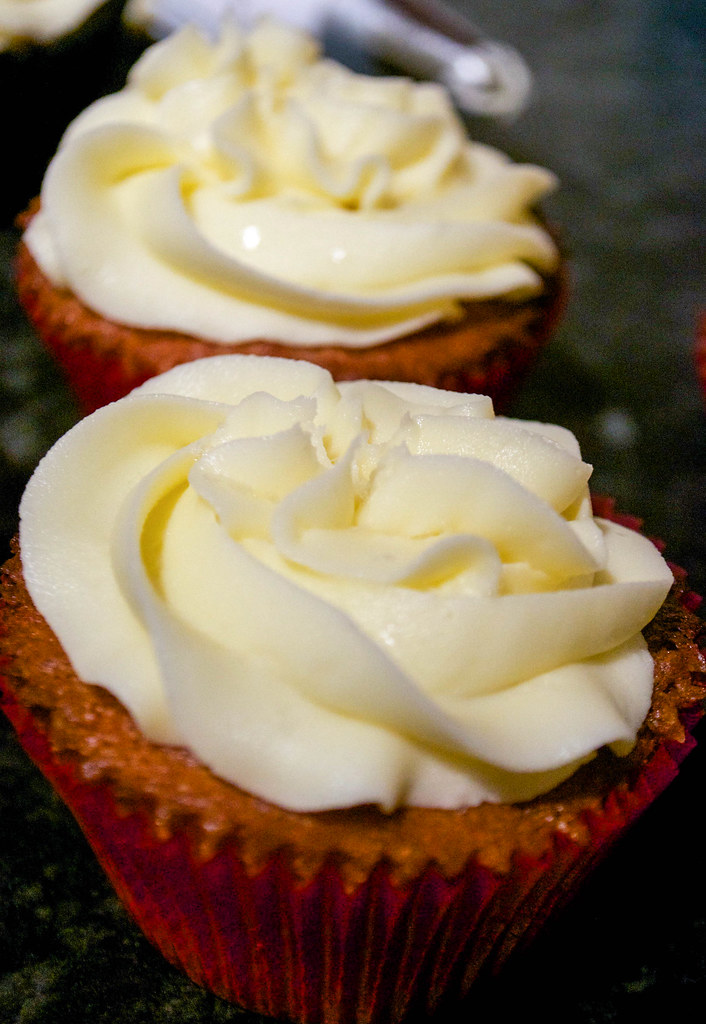 Method
Just mash the butter in a large bowl and whip it until it's light and airy. Beat in the icing sugar to form a smooth paste and then add the vanilla and the milk. Whip well with a spatula or fork and have a little taste. Check that the vanilla flavour is right for you - if not, add a few more drops until it is. Then scrape the buttercream into a piping bag fitted with your chosen nozzle. Pipe onto your cupcakes or spread inside your big cakes.