How to Make Popcorn and What Else to Do With It

Which means it's more than twice as expensive to pop it in a microwave than it is to pop it yourself in a saucepan. And don't even get me started on what they charge you at the cinema.

Popping popcorn is easy, and not actually very scary at all. It's actually quite a lot of fun. The kids love it, listening for the pops, and the smell of it once it starts popping will draw everyone into the kitchen... 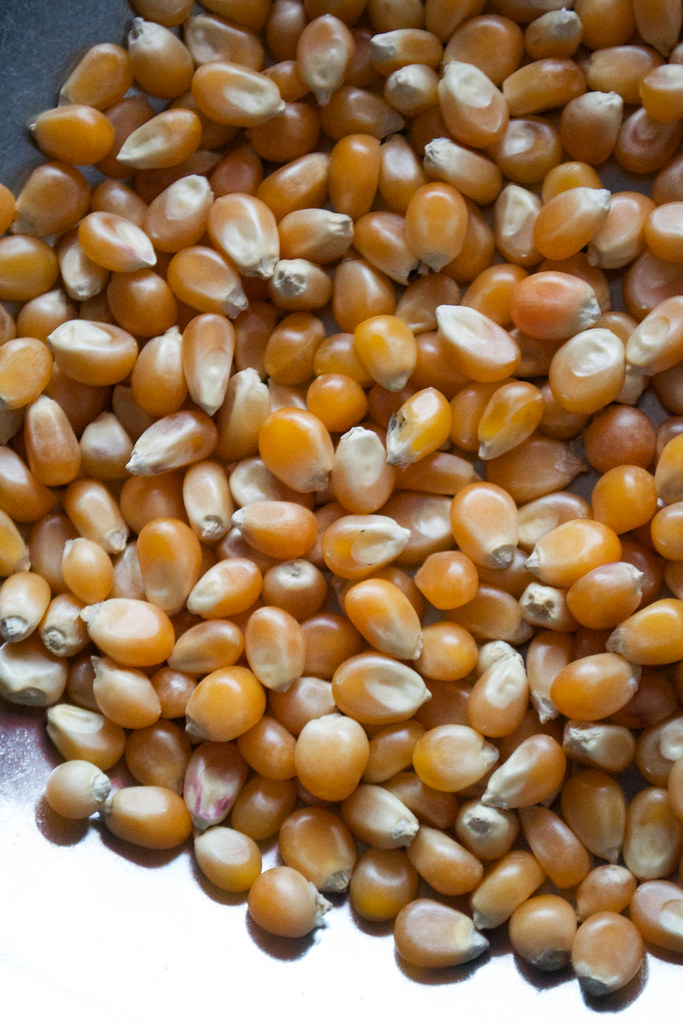 How to Pop Popcorn

Measure out 50g maize - this will feed two people fairly generously and will fill a large-ish saucepan, so if you want to make more, make it over two batches. Next, find a large-sized saucepan with a lid that fits (very important). In your saucepan, heat a couple of tablespoons of oil (I use a vegetable oil because it's handy but you could use coconut oil I suppose - I just haven't tried it).

Once it's warm, tip in the maize and shake the pan over the heat so all the maize is coated in the oil. Place the lid firmly on the saucepan and heat, shaking every few minutes, until you start to hear pops.

It's tempting to peek under the lid while this is happening to see how it's getting on, but don't - you'll end up with searingly hot, fluffs of popcorn bouncing around your kitchen which could be fun, but is also quite painful if one gets you (I speak from experience). Just keep shaking and heating until the pops start to die down a bit. There'll be a few seconds or more between lone pops.

Now you can lift the lid a little bit - you should have a saucepan, relatively full of popcorn, with few (if any) unpopped kernels. Tumble them into a large bowl, sprinkle with sea salt and place on the table, in front of your film. 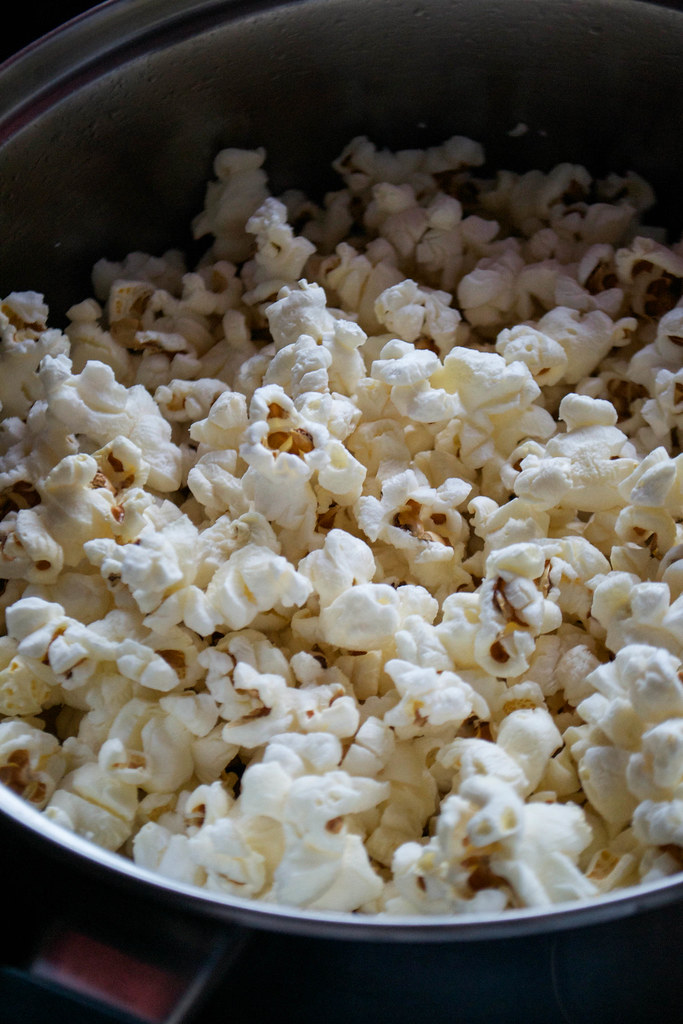 Once you've popped your corn, you can either snack on it as it is, or try one of these recipes:

Do you have any favourite popcorn recipes?