Have a look at the picture below. Those things next to that glistening pork chop aren't potatoes - they're APPLES. Nice, eh? 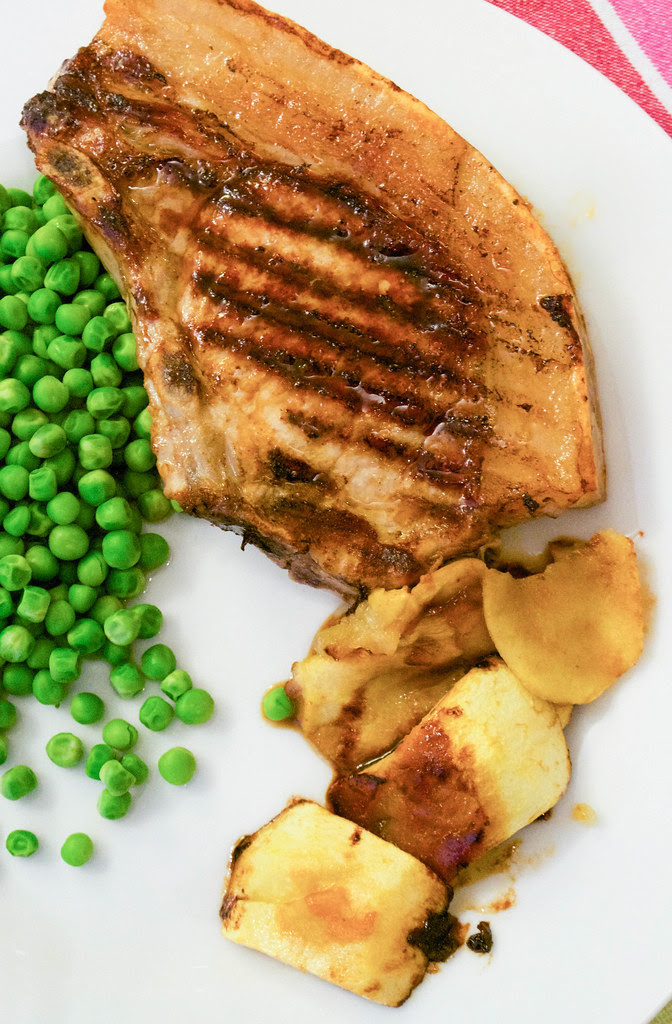 Pork and apple is such a classic combination, but instead of a dollop of apple sauce, it makes a nice change to roast the apple slices along with the pork so they pick up all of the flavour and turn soft and sticky. It doesn't take long to make, either - a quick sear on the griddle and then in the oven for 15 minutes. Perfect for a Sunday night, if you don't feel like cooking a whole roast, too.

Method
Heat the oven up to 180ºC and slice your peeled and cored Bramleys. Arrange them, in one layer, onto a shallow roasting tray and slide into the oven to start cooking.

Next, melt the fat (or oil) in a cast iron griddle pan, on a medium heat. Once hot, sear the pork chops for a couple of minutes on each side - don't move it about, just let it sit there. Turn once, with tongs. Once the chops are seared on both sides, lay them over the top of the apples on your roasting tray and return the whole thing to the oven, seasoning with a little salt.

Roast for about 15 minutes, or until the pork chops are cooked all the way through (cut into one to be safe). Serve with the apples and some veggies alongside. Perfect Sunday night tea.