Up until now, I'd never made home-made tomato ketchup. We've loved Heinz for too long, my five-year old dousing everything - and I mean everything (salads, bolognese, risotto) - in the stuff. But then I received an email from one of Jamie Oliver's people, asking if I wouldn't mind trying one of his recipes to see what I thought of it. And in there, I found ketchup. Hell yeah. 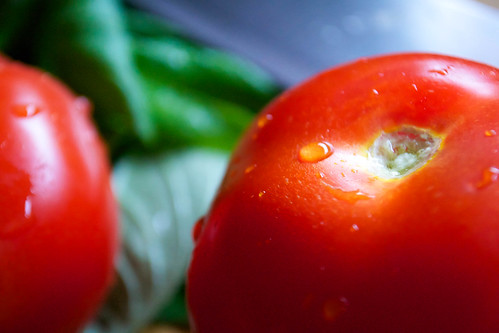 The ketchup makes quite a bit (a couple of bottles worth) and packs in lots of different types of veg. There's fennel, red onions, garlic, celery - and a few spices, including ginger and cloves. It also calls for a red chilli, which I replaced with some sweet red pepper. 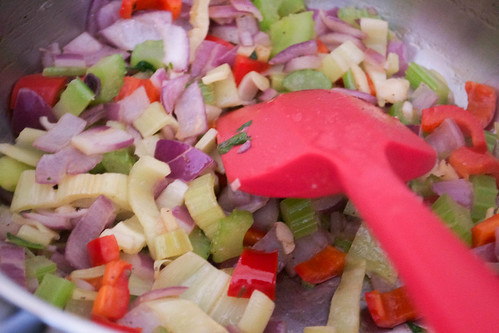 It's not a recipe you can whip up in a hurry, but because there's quite a bit of simmering and reducing, you can leave it bubbling away while you go and get on with other jobs, keeping an eye on the time or setting the timer so you don't forget (how could you - the smell of it blipping away on the stove will remind you, gorgeous as it is). 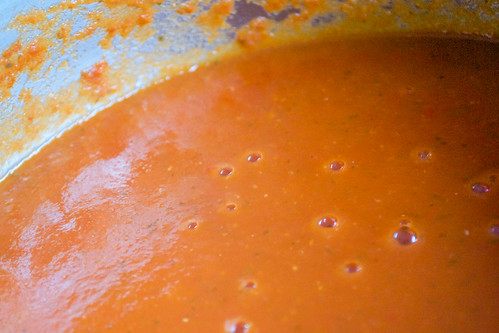 Once you've softened the veg and spices, you tumble in the chopped, fresh tomatoes (and some tinned ones), along with cold water and let it all simmer away until it's reduced. Stir in some herbs, blitz and you then need to strain it to remove all the seeds and skins. I skipped the second straining, leaving a grainier texture, which I loved, but by all means for super-smooth ketchup strain it again - you'll just need quite a bit of elbow grease.

Then, after a second simmering to reduce it further, it's decanted into sterilised bottles and left to cool. The flavour of the ketchup is, as you would expect, nothing like the shop-bought stuff. It has a slightly smoky flavour, a bit barbecuey - and is fresh and peppery - good with my scrambled eggs in the morning as well as breaded chicken, bacon sandwiches and chips. I've slightly adapted Jamie's tomato ketchup recipe below, tweaking a few of the ingredients as well as some of the method. I'd make this again, for sure. And sooner than I thought - we've polished off a quarter of a bottle already. 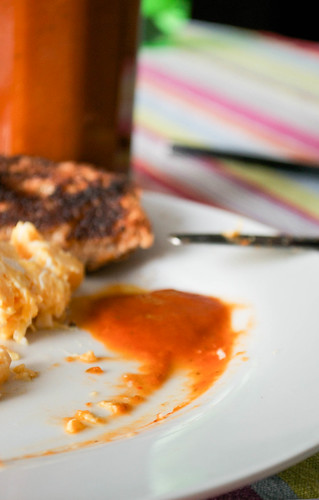 Method
Drizzle a good glug of olive oil in a medium-sized saucepan, and tumble in all the chopped up veggies and spices. Chop the stalks off the bunch of basil and roughly chop and add to the mixture, saving the leaves for later on. Season well with salt and a good grinding of black pepper. Let everything soften on a low heat, while you stir occasionally to stop anything sticking.

Once the veggies are soft, add the tinned tomatoes and chop the fresh ones, adding them to the pan (seeds and all) with the cold water. Stir, bring to a boil and then turn it down to a simmer, allowing it to reduce by half (this will take some time). Once the mixture has reduced, throw in the basil leaves and then blitz well with a blender, until smooth. Strain the mixture through a sieve - I did it once, but the original recipe asks for you to do it twice - and clean out the saucepan. Tip the smooth, glossy mixture back in the pan and set on a low-medium heat. Pour in the vinegar and the sugar and stir well. Leave to simmer again until it reduces a bit more and thickens, to the consistency of ketchup. Leave to cool slightly and decant, using a funnel, into sterilized (and still warm) glass bottles. Seal and keep in a cool place (I keep mine in the fridge).

If you fancy making ketchup and want to try Jamie's original recipe, follow the link above, or have a look at the vegetables area of his website for more veggie ideas.