Crumpets or eggy bread? I thought to myself as I was getting breakfast together one morning.... and then it dawned on me: why not have both?

Eggy crumpets are nothing new: Jamie Oliver cooked them - savoury-style - in his Jamie at Home TV series - but sweet, eggy crumpets drizzled with maple syrup? That would be amazing, I thought. And it was. 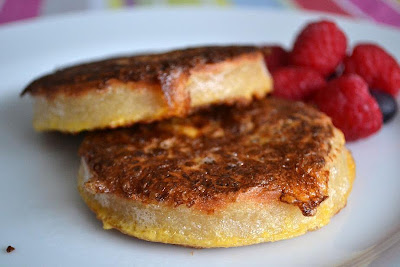 You just dip the crumpets into the egg, milk and vanilla mixture and then fry for a couple of minutes on each side, until golden. I love them with some berries, which I get out of the freezer to defrost before doing anything else. By the time the crumpets have cooked, they're ready. 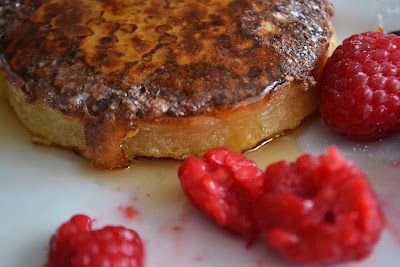 I did try this with some icing sugar over, but I think it works much better with maple syrup - you get that stodgy sweetness, which is perfect for a gentle wake up on a groggy morning. 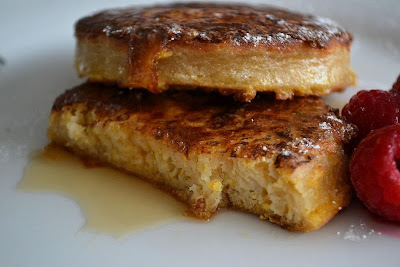 What do you think? Would a couple of these wake you up?