So I was flicking through January's Good Food magazine and came across a Paul Hollywood section on excellent things to bake for Christmas time. There was a lovely marzipan twist, and some little Christmas buns. The thing is, I love marzipan and quite fancied baking it into some swirling buns, full of the flavours of this time of year: cinnamon, rum, dried fruits. What I really wanted was a cross between the two breads. So, boosted by the success of the recent Cinnamon and Apple Rolls, I pottered about a bit in the kitchen and made it! Make them now, to start the festivities early or make them up later, and give away as presents. I love them warm, straight from the oven. 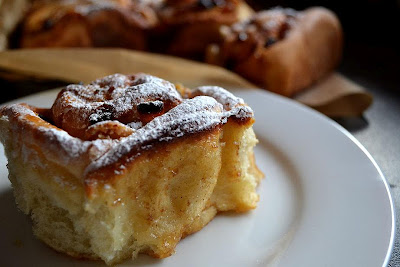 Ingredients
For the dough:
For the filling:
Method 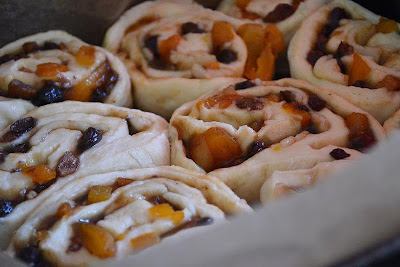