Lemon and Lavender Tart with Ingredients from Provence

A few days ago, I recieved in the post a  little sturdy box packed with some ingredients from Vaucluse, a region in France which includes Avignon, Luberon and Mont-Ventoux. Inside the pack was a bag of fresh bay leaves, a little tub of sundried tomato paste, some Herbs de Provence and a big bag of lavender flowers.

The area is famous for its beauty, and gentle pace of life - farmer's markets are held regularly, and some festivals and customs that date back to the Middle Ages are still celebrated there. In Avignon, for example, the 3rd of September this year marks an event named Ban des Vendanges - a celebration of the start of the grape harvest, that has been held since Medieval times. 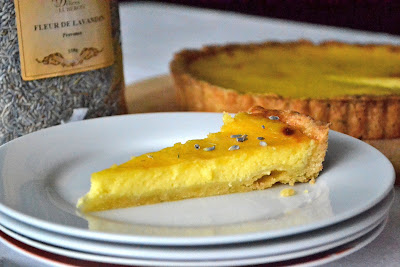 Lavender is also grown here, and in Summer, from mid-June to early-August, it reaches its peak. Lavender is grown for medicinal, cosmetic and gastronomic uses, and on receiving a bag of dusky purple lavender flowers I was intrigued on how I would use it.


I browsed the internet and asked around for ideas and Marcus Bean, of The New Inn Baschurch in Shropshire, (and also 2010 winner of Iron Chef UK) suggested making a lemon tart with lavender flowers in the pastry. So I did. 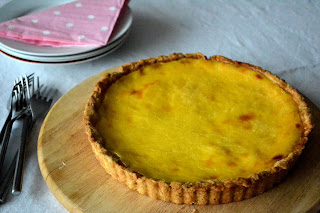 ﻿
The result was a sweet, zesty filling, with crumbly pastry which gave a very slight lavender taste. The citrussy lemon went so well with the lavender flowers, which could be seen speckled through the pastry. The tart had a roughness to it - the pastry was a little uneven in places and the top burnished slightly in the oven, but I think it adds to its home-made charm. I love it. It tastes fantastic and I'll be making it again. 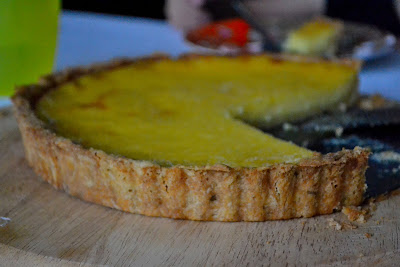 A couple of things: don't go overboard with the lavender flowers - I only used half a teaspoon here, which gave a slight lavender taste﻿ to the pastry - and when chopped finely they released more of their aroma. The other thing is that when you take the tart out of the oven you do need to still see some wobble in it. The filling puffs up a bit in the oven and then will sink back down when you take it out. The tart should have a cooked crust and be almost set, but still a bit wobbly! It will finish setting as it cools. I used the same pastry as I use for my mince pies, and the filling is very slightly adapted from a Rachel Allen recipe just to make it ever so slightly less sweet - the orange adds its own sweetness.

Find out more about the Vaucluse area of France by visiting the official website or keep up to date with the Facebook page. You can also check out more ingredients from Delices du Luberon on their website. 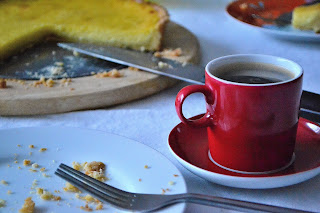 Lemon and Lavender Tart
Cuts into about 10 slices
Ingredients
For the pastry:

For the filling:
Method
Have you cooked with lavender? What did you make? Have you eaten anything with lavender in, and what did you think?
Email Post
Labels: baking sweet cravings