When Healthy Eating Goes Too Far 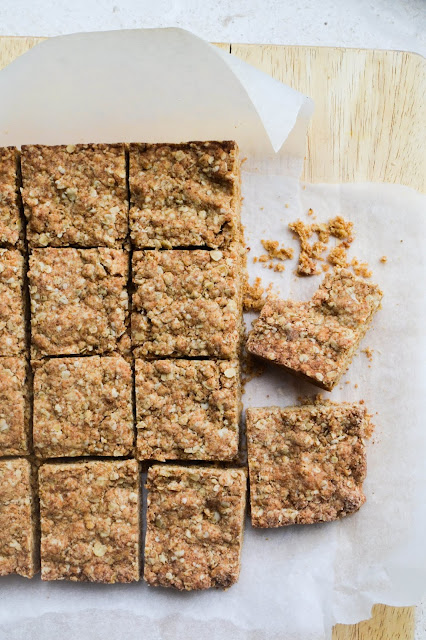 Over the last few years - and not all at the same time might I add - I've excluded grains, dairy, eggs, seeds, nuts, nightshade fruits and vegetables, fruits, dried fruit, caffeine, chocolate, coffee, tea, sugar, lentils, licorice, beans and processed food from my diet. At times, I've also excluded meat and all animal products, seafood and fish, too.

I followed the AIP diet to help heal my psoriasis, which got me about 90% of the way there.

I followed a vegan diet because I didn't feel good eating fellow animals.

But a couple of months ago something changed.

I had had enough.

I was shoe shopping with my kids in town, when out of nowhere a foggy, sparkly, smack-in-the-back-of-the-head prodrome set in. I had none of my migraine tablets with me, but remembered my neurologist at the hospital mention that starchy, sugary foods might help me regain some cognitive savvy in the early stages of an attack. I had skipped breakfast and lunch which is an obvious trigger for me. Migraines have put me inside CT scanners twice and I didn't want that hungover feeling for the next two weeks, either.

Foggily, I searched the shops around me for a bite to eat. You know how it is. Sausage rolls, pies, sandwiches, pasties, crisps, cakes, chocolate. Now I was gluten-free, but this was an emergency. I needed starch and sugar and I needed it quickly. I steered the girls into the nearest cafe and grabbed a sandwich. A bog-standard, gluten-oozing tuna and sweetcorn (yes, it had sweetcorn in it, too) sandwich.

Ripping open the pack, we boarded the bus home and I started to eat. Immediately I felt better. My brain de-fogged back to life, the initial pain subsided a little and I was able to get home for a couple of painkillers and a lie down in a dark bedroom.

Waking up from my nap, I realised I had more to think about than the impending postdrome of the migraine. I realised that I had connected the concept of food in my brain with intense feelings of guilt, rigid responsibility and even paranoia.

Everyone knows I eat gluten free, although I'm not diagnosed celiac. What if someone was to snap a photo of me nibbling on my sarnie on their mobile phone and post it to social media? The knowledge that one exposure to gluten would stay in my body for up to six months tapped me on the shoulder, and told me off for ruining all the months of healthy eating I'd been doing to help heal my psoriasis. It was like I had a little angry nutritionist on my shoulder berating me. I felt terrible, really terrible. And all because of a sandwich.

I knew right then that I'd taken 'healthy eating' too far.

Taking healthy eating too far is also known as 'orthorexia'. It starts to consume you. You end up getting negative associations stemming from your food choices. I don't know if I identified myself as having orthorexia, but I knew something wasn't right.

So I decided to do a little experiment.

I bought some grains - some gluten-containing (like pearl barley) and some not (like buckwheat). I cooked a burger and dribbled it with shop-bought barbecue sauce. I went to town and ordered a burrito salad - with beans and sour cream. I ate avocado and chilli flakes smashed onto a slice of sourdough with a runny poached egg. We went to a wedding and I ate a slice of the cake and told the bride and groom how fricking delicious it was.

And where do I find myself, two months on from this crazy, self-destructive eating experiment that was sure to fail and leave me itchy and sore?

You find me in REMISSION.

I never achieved remission while on any of the diets I tried to heal my psoriasis. I know that AIP was the kick starter. It woke me up to a way of eating that cleared me 90% of the way.

I'm incredibly grateful for it, and I suspect it will always form the basis of my diet going forward. I am so grateful for AIP (the autoimmune protocol), because it introduced me to a healthier way of eating, and of life. If it weren't for AIP I probably wouldn't have learned meditation or got to know so many amazing friends around the world. Because of AIP, I know that aubergines (eggplant) gives me joint aches, tomatoes give me heartburn and sugar or caffeine on a daily basis aggravates my psoriasis. And it works. There is a mounting collection of studies that show symptoms reduce in autoimmune conditions treated with AIP.

Now, you won't find me as I was in 2013, with my face in a bucket of cookies and cream ice cream at 3pm, or baking a tray of brownies and eating them all in one go. I can take the knowledge I've gained and use it to watch my body and look out for signs that maybe it's not working. What I do know is that I feel so much more relaxed, less judged and less paranoid about my eating options. Strangely, now I've allowed myself to eat a little sourdough toast every now and then I actually crave it less. Same for chocolate, or sugary treats.

If you look at my plates on Instagram, you'll see them filled, as per the usual, with over three-quarters of veggies. But if you see me daubing a shop-bought barbecue sauce onto my steak or sprinkling chilli flakes onto my poached egg than that's just because I eat that way now and I feel much better for it.

My AIP friends would probably wag their finger at me and say that if I eat gluten it'll set me back six months in healing but, at the moment, I'm happy to take that risk. In all my years of avoiding gluten because of paleo or AIP I never had one bad reaction to gluten. I just went along with it because it's what everyone says to do. I don't know what it's like to be glutened. I know what it's like to me MSG'd or aubergined but not glutened.

It's interesting too that I've known a few people who have healed from psoriasis and they didn't change their diet. They did say that they started to stress less about things and worry less about what people think. Maybe sometimes the odd slice of sourdough topped with a scrambled egg and bacon and an occasional glass of Prosecco helps with that. I went to Paris for the first time last year and didn't eat a famous Parisian pastry because there was nothing gluten free. Looking back, that was kind of stressful.

Maybe it's a case of figuring out where your stressors are and dealing with those. And they might not be diet related. I feel as if I did carry around a lot of emotional baggage with my diet and also with other things. Now I've thrown it off and I'm on a mission to love my life. It won't work for everyone and I'm not suggesting you do what I've done but for me it's working and I'm enjoying wearing black tops and leaving my hats at home.

It's early days, I know. And I'm not bingeing on pizza or bread by any means. If anyone was to ask me, I still consider myself gluten free, but I guess I'm flexible on options. I don't know where this is going to take me, but I'm being less rigid with my food choices for now.

And if it does catch up with me? That's down to me, and I'll figure it out.