This post contains some ingredients which aren't paleo - my family (who I cook for) don't all follow a paleo diet, so consider this when reading the post, especially if you're here because you've heard I eat paleo. Thanks!

So I was chatting with Riverford Organic about something, when they piped up and said "by the way, have we sent you one of our recipe boxes to try out?".

And so they sent me one.

It's a really great idea. 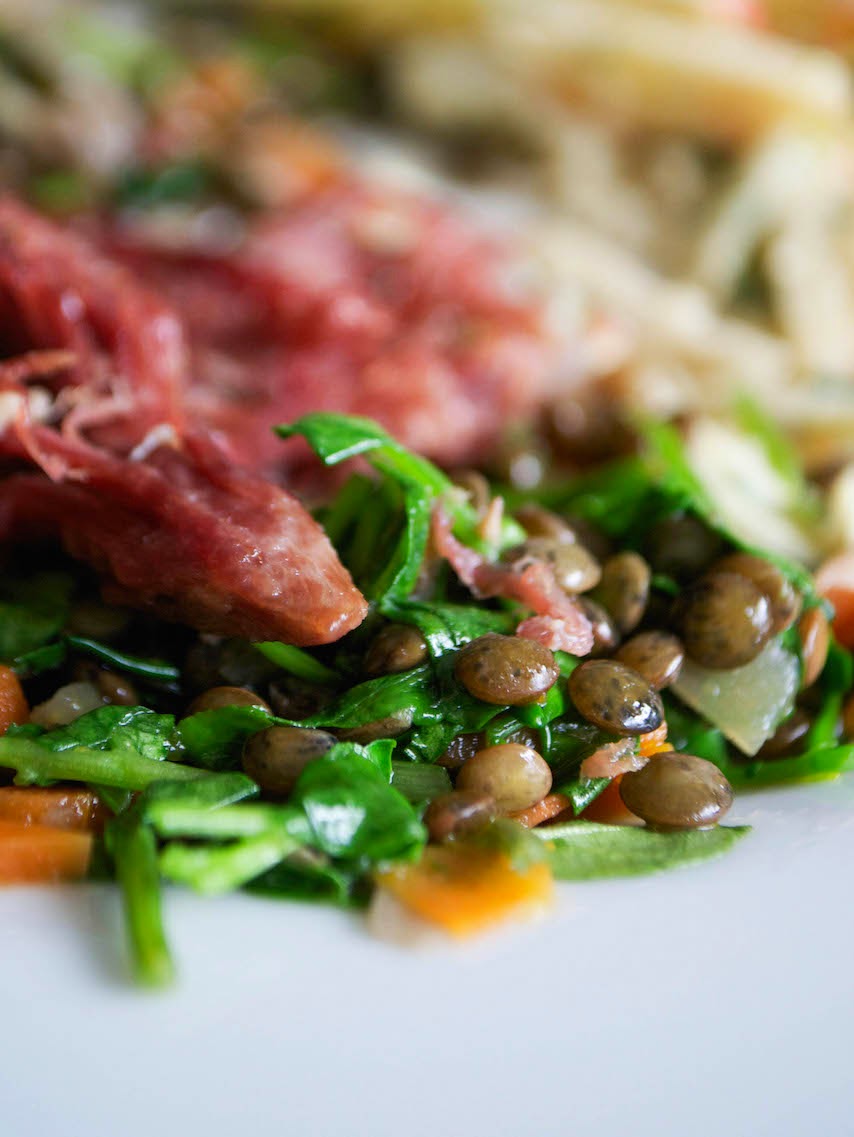 What you do is go online and order a preferred choice of recipe box - they change every week depending on what's available - and then a box is delivered to your home filled with everything (and I mean everything) you need to cook three meals. Actually, you need to use your own salt and pepper and olive oil but come on. It's practically everything.

I opted for the 'quick' box - three dinners for two that you can have on the table in around 30 minutes or less. The recipes were developed by Riverford chef Bob Andrews and they're full of veggies and meat so they actually feel really healthy and good for you.

The first thing I need to tell you about is the BOX. When I flipped it open, I found compartments inside, with veggies, seasonings and packets galore. There was even a tiny bottle of balsamic vinegar with just the right amount I needed for making the brown butter. The compartments are labelled with the numbers of the different meals, so you know what you need to get out for each dinner. The meat and cold stuff is packed in a cool-bag that you just unpack and stick in the fridge.

When I look back to when I went out at work from 7am until 7pm this would have been really useful for me. I usually would grab a ready meal of some sort on the way home to share between me and my husband. Not very nutritious or veggie-rich. But this is a great alternative and dinner was definitely on the table within half an hour.

The only thing I would say is that the boxes don't cater too well for allergies or special diets (other than vegetarian) - the previous week's box to this one was actually gluten-free but this week's wasn't (on account of the gnocchi - the children and hubster schnaffled up those). But you could always have a look at what's on offer for the next few weeks. At least you can plan that way.

The recipes were easy to follow (they're printed on recipe cards), and obviously we had everything we needed to make them. They were also utterly delicious. We all agreed that the dinners we were sharing (not really between the two of us - my children crowded round for a taste, too) were proper restaurant standard. They were fancy enough that they didn't feel like everyday dinners but they were really easy to prepare and make. And of course all the measuring's already done for you.

Priced at £39.95, I would say the box was fair value as you're getting good quality, seasonal and organic food for three meals. And the portions were a good size, too. There are other options: there's a vegetarian box (£33) and an original box (£39.95) that each have different recipes. Of course, it would probably be cheaper for you to go out and buy ingredients for three meals down the shops but Riverford have dealt with your meal planning, shopping, measuring, weighing and brought it all to your door - and all you have to do is cook it.

For more details, check out the Riverford Organic website.

Have you ever tried a recipe box? Good experience? How did you get on with it?