Walkers Do Us a Flavour Returns - And This Time It's Home-Grown...

Walker's Do Us a Flavour competition returns but this time you have to pick a home-grown ingredient to base your flavour on. Oh and the main draw? You might win yourself a million quid. 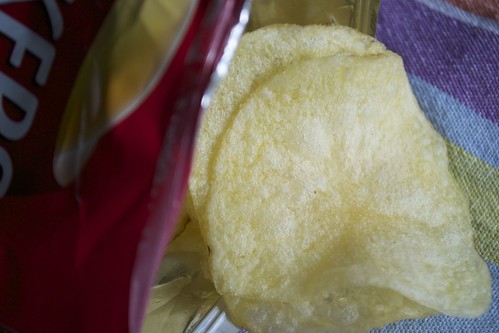 I've just entered the Walkers Do Us a Flavour competition with a crisp flavour idea that I think might bag me a million quid. And if not, I want it made into a crisp flavour anyway because I think it would be utterly delicious.

You might have heard of the campaign - it's been launched in previous years and asks members of the public to nominate their flavour ideas to be in with a chance of seeing their flavours - for real - on shop shelves. But this time, they specify that you use one of their 'home-grown' ingredients (you may remember the Walkers's home-grown campaign from last year) as the base for your flavour and then add other ingredients onto it.

If you check the gallery of ideas already submitted, you'll see that some people have really let their creativity loose, with some frankly quite weird flavour suggestions. Like:


The home-grown ingredients include Vale of Evesham tomatoes, Norfolk pork and Aberdeen Angus Beef from Scotland. There are others - check the website to find out the rest of them and for an explanation of how to enter.

So - got a crisp flavour idea you'd like to see in the shops? Then hop on over to the Walker's Do Us a Flavour website to enter.
Email Post
Labels: crisps