10 Foodie Treats Not to Miss in Argentina

Off to Argentina? Then don't miss these 10 foods you have to try while you're there... 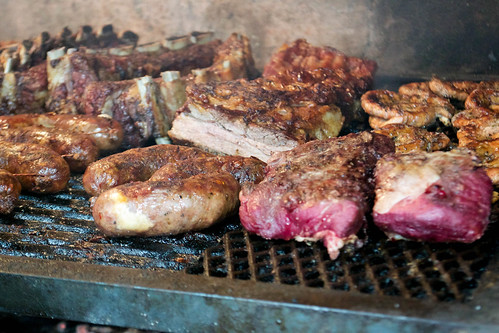 Ah, yes. The stuff Argentina's famous for. And it's cheap. We picked up a large amount of prime bife de chorizo (the same cut as sirloin over here) for the equivalent of about £10, in a butcher's in Buenos Aires. So as it's so cheap, it's unsurprising that Argentines eat quite a lot of it. But be prepared - it won't be served rare unless you ask, and you won't usually find it drenched in sauces like we do over here - they say it takes the flavour away from the beef, and you definitely don't want to do that. It cuts like butter, is full of flavour and is usually served in gigantic portions. Desperate Dan, eat your heart out. 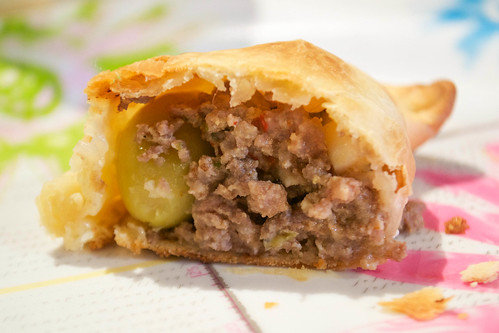 Like little pasties, but the pastry isn't shortcrust or puff - it's a special, more elastic blend of flour and lard. Empanadas aren't usually spicy but are filled with minced beef, egg, cheese, veggies, chicken - anything really. You'll find empanadas in supermarkets, where as well as being sold ready to eat, you can also buy just the frozen packs of pastry discs ('masa') ready for filling and baking. Make sure you buy the right ones: 'para horno' means they're to be baked, while 'para freir' means they need to be fried.

Two amazing drinks enjoyed in Argentina. They're both alcoholic - Frenet is often served with cola and has a slight aniseed flavour - it's actually an Italian drink that's caught on over there in a big way and contains a blend of spices and herbs. Ananá fizz (pronounced 'an-an-A-fiss') is pineapple cider - a sweet and refreshing fizzy drink that slips down all too easily. Don't get too tipsy, now.

Asado
The Argentine barbecue. In summer, many families will cook asado outside, and many homes have indoor asados used during the winter. Argentines see barbecuing meat almost as an art form, so if you're invited to an asado make sure you ask them for tips, because you'll want to recreate it back home. Unlike the British barbecue where we cook quick cuts most often, Argentines slow-cook their meat on the grill, leaving cuts and whole joints there sometimes for a few hours. Expect to see some unfamiliar cuts, like intestines, heart, lungs and even cow's udders alongside steaks, chicken legs and chorizo sausages. My post on an Argentine asado will explain more.

Not an obvious Argentine food, but the country has a big Italian heritage and you can find some gorgeous, light fresh pasta there. There are even shops - like delis - that sell just fresh pasta - where you can take home fresh ravioli for heating at home and serving with your favourite sauces.

Alfajores
You can't head back home until you've tried an alfajore or, preferably, at least a dozen. They're little biscuits sandwiched with dulce de leche (Argentine caramel) and then coated either in chocolate or crushed meringue. You can buy them in newsagents, supermarkets, corner shops - they're the go-to sweet snack. Havannah is considered a good quality brand - but a bit pricey  - while Jorgitos taste very similar but slightly less rich.

Mate
This is the drink of the gaucho, the Argentine herdsman used to camping out at night and sipping on an ornate mate cup as the sun goes down. It's a green tea - the dried leaves are spooned into the cup and then boiling water is added for each person. It's then passed around, a fresh drink made for each person at the table. A few tips on manners: don't stir the bombilla (the metal straw that you sip the tea with), drink all of the drink before passing back to the person with the kettle and for goodness' sake never blow into the bombilla or be squeamish about sharing it with everyone else. When in Argentina, etc etc etc.

Pizza
I know what you're thinking. We get pizza back at home - why should this be any different? Well, it is. The dough is yeasty, with toppings such as hearts of palm, garlic and parsley, and ham. There's cheese too - but just enough - not that duvet of mozzarella that slides off the base that we're used to in Britain. Look out too for fainar - it looks like a dense garlic bread alongside but it's actually made from chickpeas, giving it a nutty, wholesome flavour and chewy texture. I know people who left Argentina decades ago who still get cravings for fainar.

Peanuts, roasted in caramel. They're crunchy, they're sweet, and you can't stop at one handful. Sold in cellophane cones at football matches, at stalls on the subways and at markets, they're the typical Argentine street food. If you're lucky you'll get them while they're still warm.


Forget Spanish chorizo, with its dark red, paprika-stained meat. These are Argentine chorizos and they're basically a really coarse, good quality sausage, with a casing made from intestines, just like back at home. The difference is that they taste exactly like meat - a few seasonings perhaps, a few pieces of very mild chilli maybe - and that's it. Coarse minced meat - usually pork - served at asados, parillas and often at the roadside by guys who have just set up a grill and a cardboard sign. Try them in choripan - a chorizo sliced lengthways and placed between a white bread roll. I love mine with chimichurri sauce for a punchy, grassy flavour that cuts the richness of the meat.

Have you been to Argentina? What foods would you recommend that visitors don't miss out on?