Honestly, the things I do for you guys. 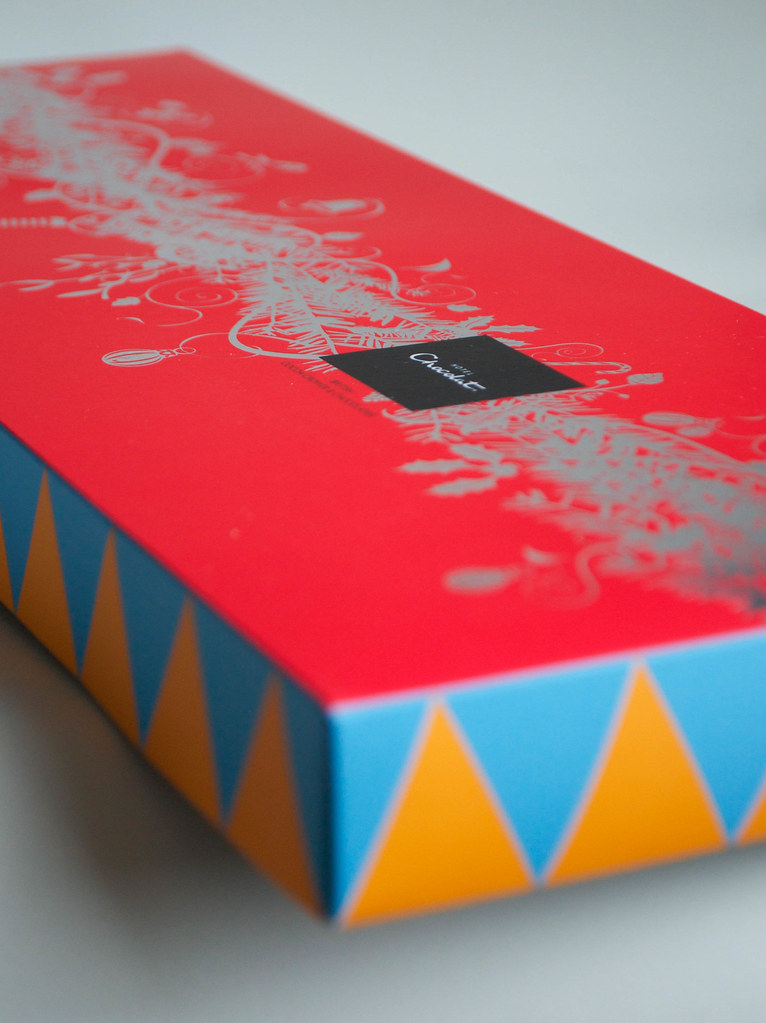 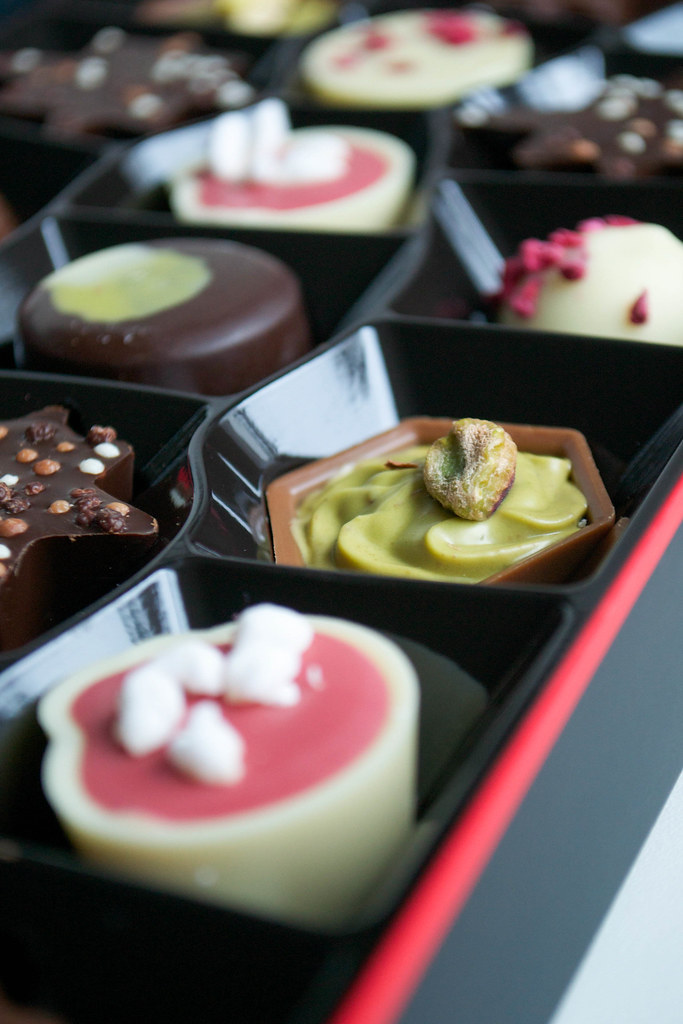 Last week Hotel Chocolat contacted me to ask if I would like to try out one of their chocolate boxes and obviously I said yes. First off, in the interests of transparency, I have to admit that I am already a fan. I love that they push boundaries with flavours - you'll often find chocolates containing flavours that you don't find (or expect to find) elsewhere (more on that later).

And not only have I always found each chocolate so beautifully crafted that you almost (almost) feel it's a sin to gobble it up, the quality of the chocolate is really good. The dark chocolate is dark and bitter and the white chocolate is speckled with real vanilla, for example.

And this 'Sleekster' Classic Christmas Selection box was no different.

The first thing I found, after opening it, was that it was full of colour. Pinks, greens, oranges - all set among the usual shades of chocolate. And then the flavours.

There were the usual solid dark chocolate and white chocolate pieces, but then quite a few Christmassy flavours too. Like 'Christmas Mess' which contained a strawberry mousse, cranberry ganache and meringue sprinkles all set in white chocolate. The Caramel Supernova was a dark chocolate star with caramel - it was great but I do prefer caramel (preferably salted) with milk chocolate rather than plain. But that's just me.

The Rum Punch chocolate, according to the leaflet inside 'could blow your socks off' and it was quite boozy, a Jamaican rum truffle with ginger and orange. The Pistachio Praline Crunch was one of my favourites - as was the Nutmeg and Almond Praline - there isn't usually a great deal of nutmeg in chocolate, but perhaps there should be. The spice gives the chocolate a gentle, seasonal warmth.

The leaflet's handy too, giving you a quick guide to which chocolates contain gluten, egg or alcohol, which is really handy if you're sharing the box around during a Christmas film.

Can I think of anything I would have liked to see or wished wasn't there? Yes - I would have liked to have seen a salted caramel in there somewhere but that's it. Every chocolate was beautiful, full of flavour and with the whole package, felt luxurious enough to enjoy on a special occasion.

Are you a fan of Hotel Chocolat? What was the best chocolate you ever tasted?