Pairing Food and Drinks with Waitrose This Christmas

This Christmas was brilliant. It was a lovely family occasion (my husband only got Christmas Day and Boxing Day off work, so we all made the most of the time together) - watching films, pulling crackers and eating. Lots and lots of eating.

And as well as all this, it also worked as a kind of food and drink experiment too.

Just before Christmas, Waitrose asked me if I'd like to test out their Food and Drink pairing guide for myself, so the day before Christmas Eve, we stocked up on a few bottles to try alongside our favourite festive treats. 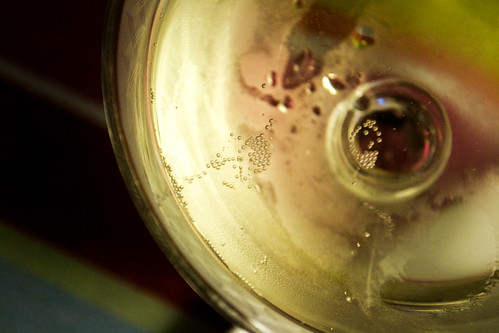 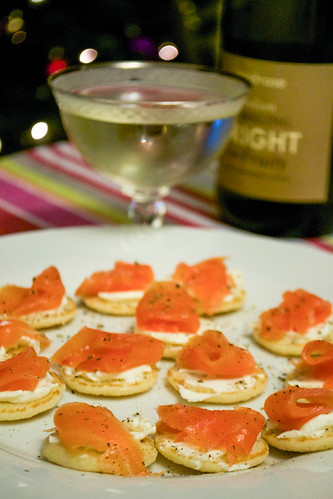 For the canapés for Christmas Eve, Waitrose recommended their Bright and Fruity sparkling wine from Northern Italy. At £6.49 a bottle it's a good price, and has a refreshing apple flavour among all the grape in there. Alongside it, we nibbled on Lapsang Souchong tea-smoked salmon on blinis with cream cheese and black pepper. The wine was definitely refreshing against the smoky salmon and I reckon it'd be a great party drink for Christmas or New Year too. I made a risotto on Boxing Day using the last of it and it worked really well. 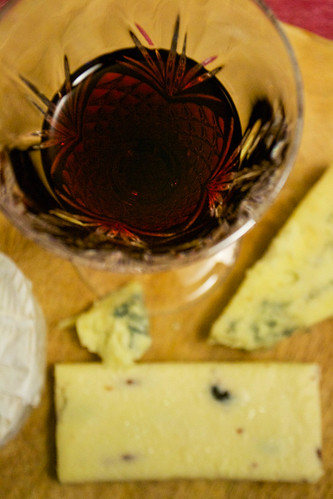 With cheeses, Waitrose recommended their Tawny Port (£8.49), which tasted sweeter than other ports I'd tried before - obviously a classic flavour combination with cheese, although they do recommend white wines with creamy cheeses. We also tried the Hungarian Royal Tokaji dessert wine (£12.29) with Stilton too, and it complemented it well. The sweetness of the wine contrasted with the savoury cheese perfectly, even though the wine wasn't as sweet as some other dessert wines I'd tried in the past. It has quite a pronounced honey flavour, so would work well with other cheeses too, such as Brie or Tunworth for example. 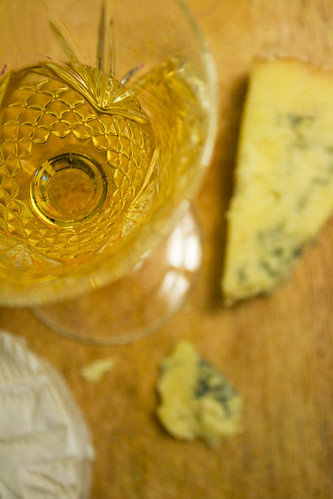 I wouldn't really have considered pairing the deli meats with an ale, but I loved it. Oakham Ales Citra is quite a fruity ale with a dry finish - the label states it has 'grapefruit, lychee and gooseberry aromas' so you have some idea of the flavours going on there with the deeply savoury meats such as chorizo, salami and pastrami. 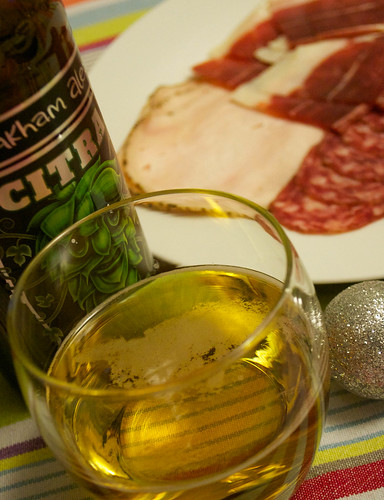 With Christmas dinner, we drank a glass of Joseph Drouhin Chorey-Les-Beaune (£12.79) and although we ate chicken the red wine paired really well with it, along with the stuffing, sausages and gravy. It'd be fine with a beef or lamb roast, too. I always have a soft spot for wines from Beaune as I went there on holiday once and toured the cellars underneath the city. 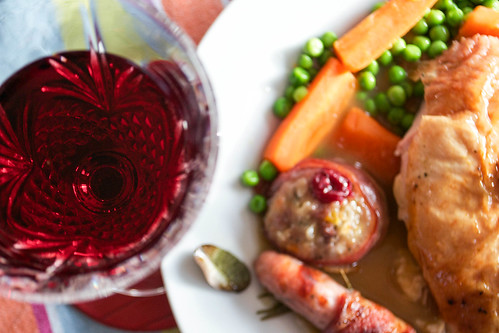 Waitrose recommended that your drink should always be sweeter than your food, and suggested the Royal Tokaji to go with Christmas pudding, too. And it did, of course, the honey flavours in the wine complementing the fruity, spicy flavours of the pudding (the Brandy cream might have been a touch too far but hey, it's Christmas). For those who weren't partial to Christmas pudding, they drank some with a slice of apple tart and again it paired beautifully. 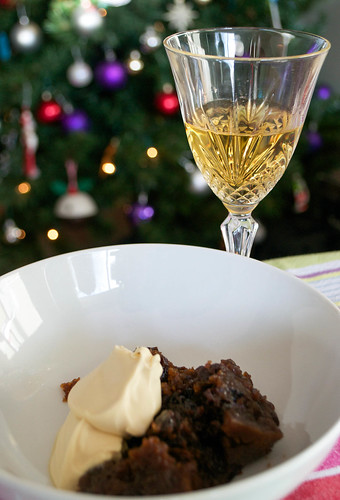 Take a look at the food and drink matching infographic Waitrose have come up with for the festive season - it relates not only to Christmas but also New Year, when there's another round of feasting and drinking to be done. The highlight of all this was the discovery of Oakham Ales Citra - something I would never have normally bought to go with our Christmas Eve food - and the Royal Tokaji went down beautifully with the cheese and of course the Christmas pudding.

The cost of the wines was covered by Waitrose for the purposes of the review.