Not All Comté is Created Equal - Comté Cheese at Different Maturities

We all know about Comté cheese, that French cheese made from unpasteurised cow's milk. But I wonder if you know about how age affects Comté. I was sent samples of Comté cheese at four different levels of maturity and found that the flavours were incredibly different. 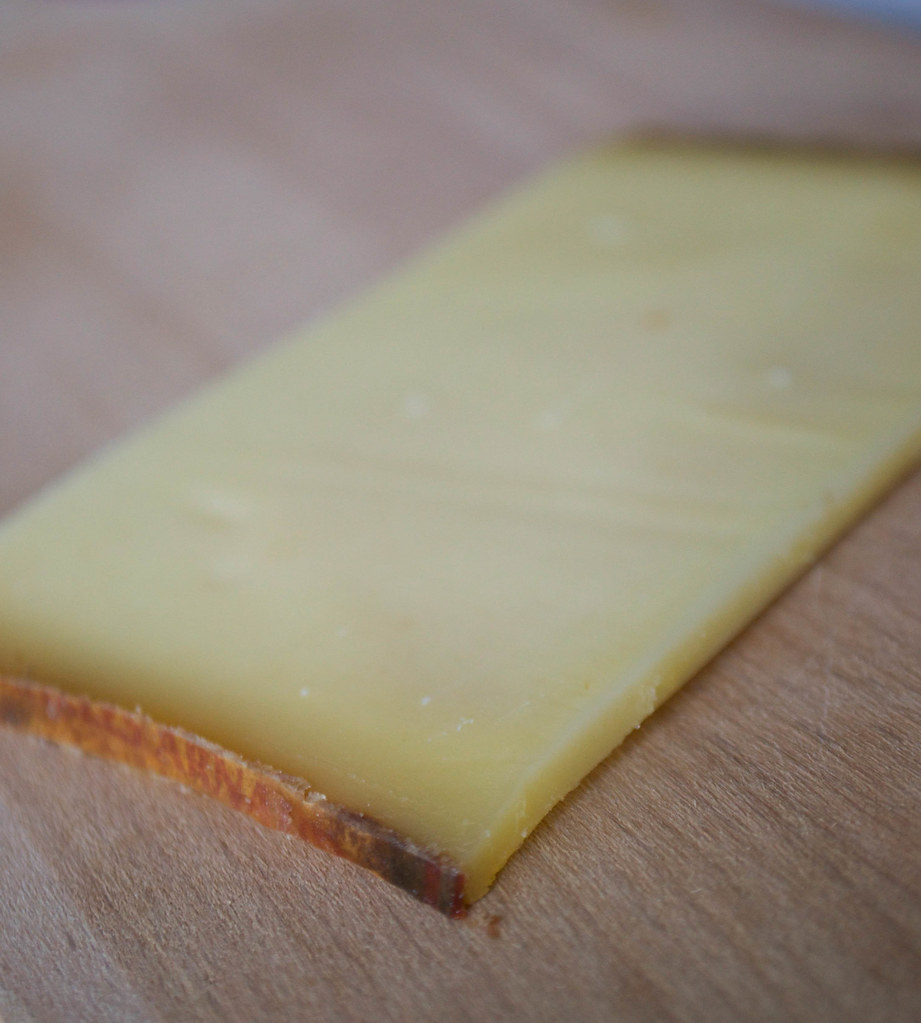 This is what I would expect from a Comté if I'd just bought it from the supermarket or deli. It's the flavour we're all used to: sweet, milky, buttery and smooth. Matured for 12 months, it's the standard and probably the one most people would recognise. 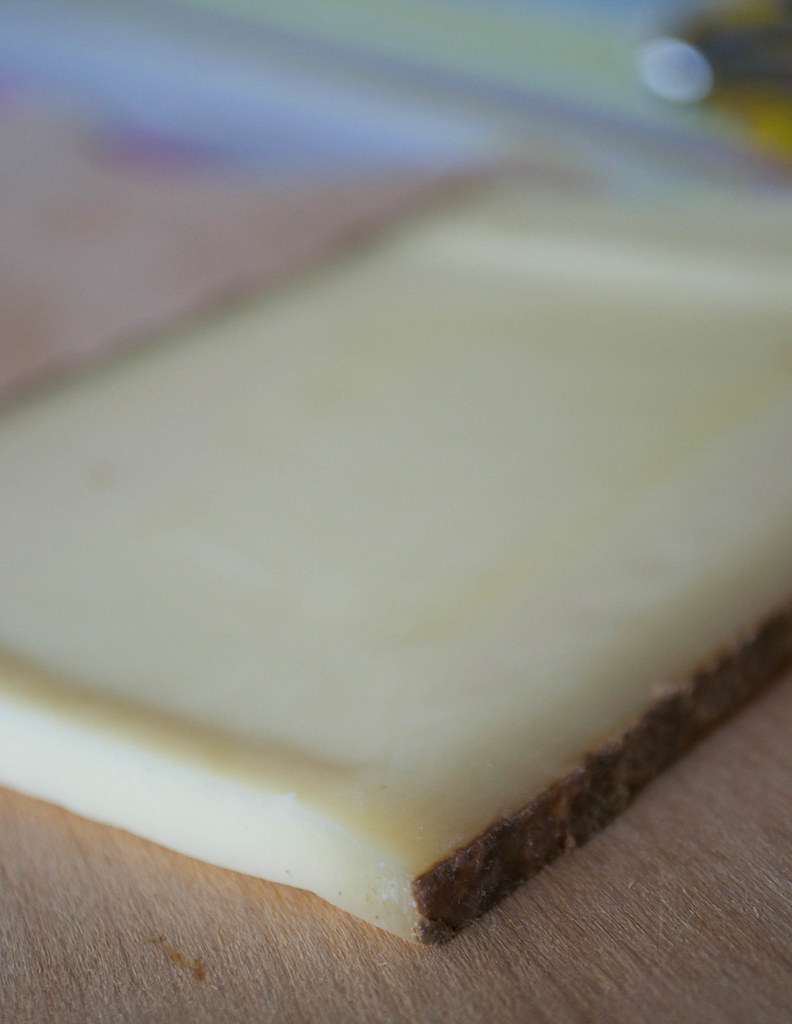 With a slightly deeper flavour than the 12 month cheese, but still maintaining the rich, buttery smoothness, this was probably my favourite of the four. You could melt this into pasta, rice and vegetable dishes - it'd be perfect with leeks - sweet and rich. 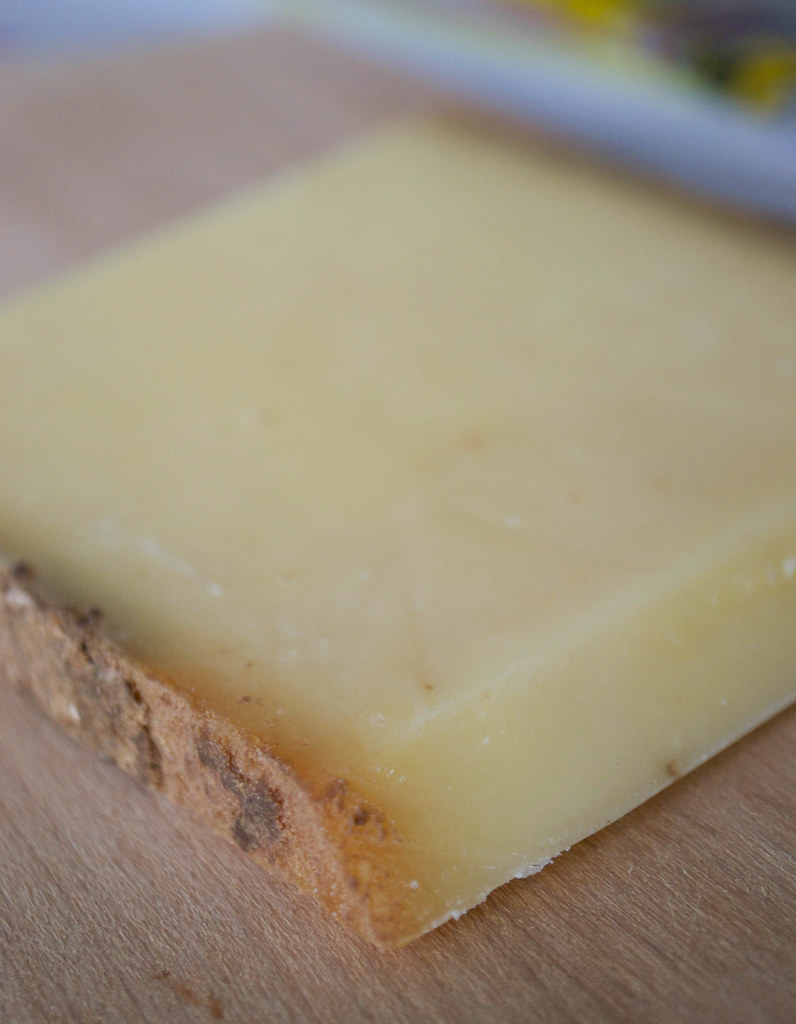 Now things start to get interesting. The difference in the 18 month and 24 month cheeses is quite drastic. You get a much more tangy cheese, a darker rind and also a crunch from the calcium lactate crystals that form as the cheese matures. 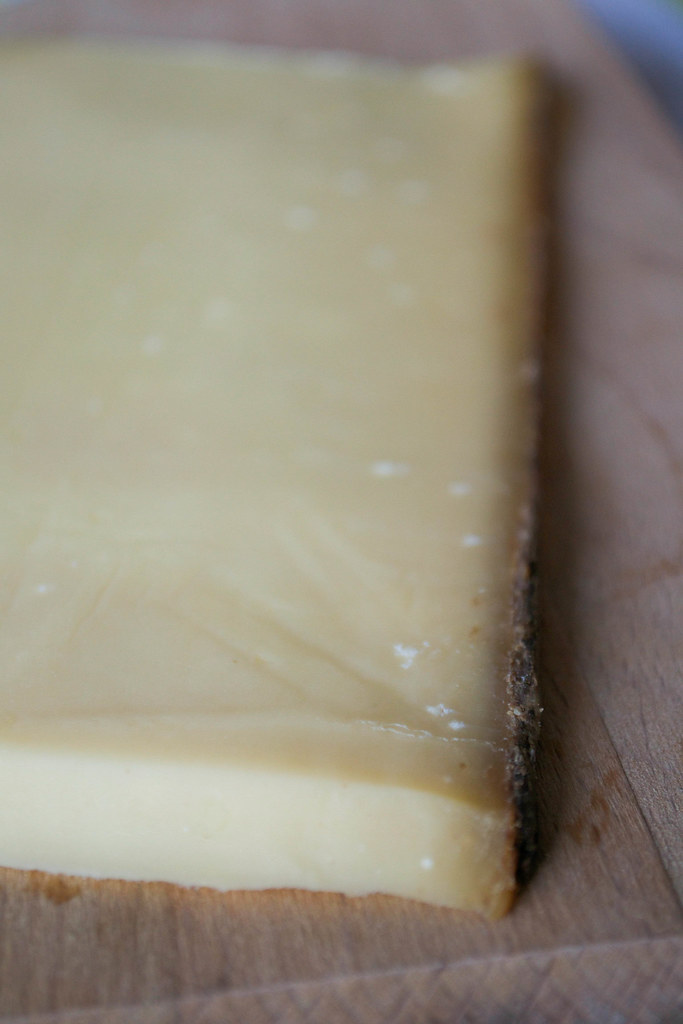 A really dark rind and a deep, mushroomy flavour and yes more crunch from the calcium lactate crystals. This three-year old cheese is very strong in flavour, and I wouldn't want to do anything to it other than serve it as part of a cheeseboard to appreciate its complex flavour. Probably quite an acquired taste, but only because we think we know what Comté tastes like and we're used to the 12-18 month product.

Apparently, a restaurant in Paris called L'Arpège serves a four year old Comté - I can imagine that would be really savoury and rich, as there's a huge difference in taste and texture for every year that the cheese matures.

It just goes to show how age affects the way cheese tastes, looks and smells - many people consider Comté a mild cheese and might disregard it in favour of a pungent Stilton or Lincolnshire Poacher. But if you can get hold of a good aged Comté do give it a try. It might just challenge your views.

What do you think? Do you like Comté cheese? Do you use it in any recipes?
Email Post
Labels: cheese french