Whether we admit it or not, most of us at some point have done it - reached for a supermarket packet mix to whip up a load of cupcakes quickly and easily. You just dump the powdery contents of the packet into a bowl, crack in a couple of eggs, a slosh of milk (or water) and mix before baking. No creaming of butter and sugar - no worrying about taking the butter out of the fridge to get it to room temperature first. No making sure the butter and sugar are at the 'pale and fluffy' stage before cracking in the eggs. There's no denying it's a lot simpler. But what's really the difference?

I made some cupcakes and then baked a packet mix (both vanilla-flavoured, I like to keep things fair, you know) to see what the difference was. Here's what I found.

The packet mix cakes are puffier 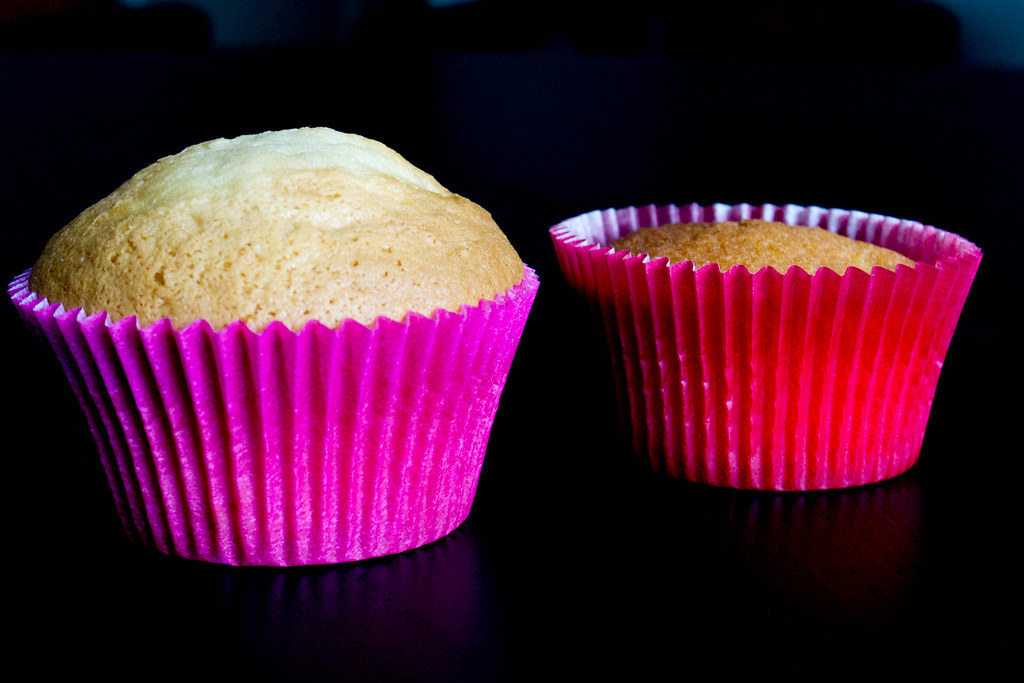 The cupcake on the right is home-made, the one on the left is from a packet mix. On reading the label, I noticed there are a fair few extra 'raising agents' listed on the packet as opposed to my home-made cakes with its 1 teaspoonful of baking powder. Three, in fact: potassium bicarbonate, calcium phosphate and sodium hydrogen carbonate. But puffy cupcakes aren't always what you need. Quite often when you're piping buttercream roses or want to put on some fondant icing you need a flat surface to work on, so end up chiselling the domed part off the cupcake anyway. But then with butterfly cupcakes you need that bit to cut off to make the butterfly 'wings'.

VERDICT: The height of your cakes depends on how you're decorating them, so I declare round one a draw.

The packet mix cakes are lower in fat - but higher in sugar
Well, the home-made cakes do have half a block of butter in them. And with the packet-mix people substituting this for palm and rapeseed oils, which we know are lower in saturated fats, it wasn't going to be a huge surprise. The packet mix contains 3.2g fat per cupcake (1.5g of which are saturates) and the home-made cakes each contain 9.3g fat (5.7 of which saturates). But each packet-mix cupcake contains almost 3g more sugar than the home-made ones (packet mix: 13.4g sugar/home-made: 10.6g sugar). At least by making them yourself, you can alter the sugar - you could even add less than the 125g specified in the recipe. I've used 100g sugar before and it's been fine.

VERDICT: A close one, as there are arguments for each - but just because I consider cupcakes a treat and not for everyday I would want the ingredients to be as natural as possible and you do get to control the amount (and types) of sugar you use. So I go for home-made to win this one. 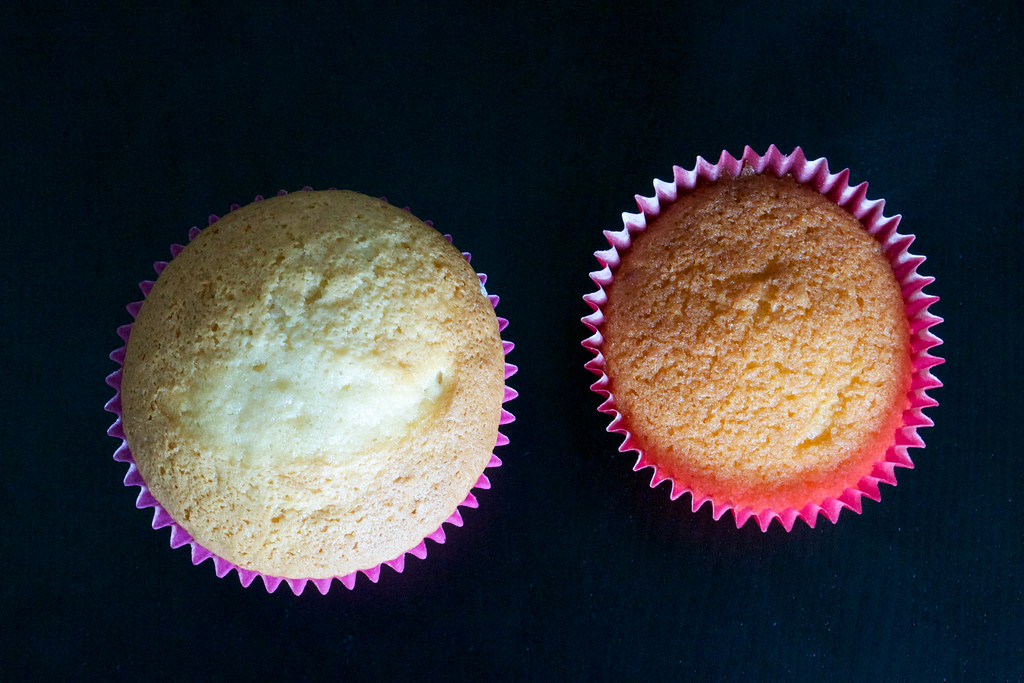 Taste: home-made cakes taste buttery
You could taste the butter in the home-made cupcakes. And the vanilla. They had a lovely golden crust on the top, which added a deeper flavour. But for me, the packet mix cupcakes just tasted sweet. They didn't seem to have a 'cakey' flavour of their own, and they weren't as vanilla-flavoured as the home-made ones, either. They cooked to a pale magnolia colour. And on the packet mix, the flavouring is described as just that: 'flavouring' - even if it's derived from natural sources, it would be nice to know what it is.

A weird thing with the packet mix cakes: they're bouncy and spongy, but when you bite into them they don't crumble. They kind of keep their shape and have an oily, slightly rubbery texture - not surprising when you see from the label that they contain quite a bit of oil. It's the same when you buy cheap white mass-produced bread - it sticks to the roof of your mouth, while artisan or home-baked bread doesn't. Why IS that?

VERDICT: Home-made cakes win. I like a crumbly cake, not a chewy one.

VERDICT: Does a cupcake really need three different types of raising agents? Plus what are the 'flavourings'? I think it should be more specific. Home-made wins. You know what's going into it.


Do you use packet mixes to bake with? What are your experiences with them? And do you notice any differences between these and home-baked?