6 Myths About Food in Argentina

As you know, in March this year I went to Argentina for the first time. Nothing has inspired me so much in my cooking as that trip - and it might sound cheesy but it's also changed the way I live my life, since I got back. Everything's slower there, a bit less hassle and all done with lots more hugs, and kisses on the cheek (always nice).

But there are quite a few misconceptions about Argentinian food, and I'd like to set the record straight. Here are six food myths about Argentina that always seem to be doing the rounds...

They celebrate cinco de mayo
I saw some recipes doing the rounds featuring some of Argentina's most famous creations (chimichurri salsa, asado, etc) to mark Cinco de Mayo. And I was confused. They don't celebrate cinco de mayo in Argentina. There's nothing wrong with using any of it in a recipe to mark any occasion (any excuse for the stuff is good if you ask me), but it's a bit like cooking roast beef for Burn's Night, or celebrating St George's Day with a haggis. That being said, Brazil do celebrate Cinco de Mayo and they do have their own version of dulce de leche, called doce de leite. In Mexico it's called cajeta, but don't call it that in Argentina (it's a rude word there!).

The food is spicy
I have a little bee in my bonnet about how everyone seems to think that Argentinian food is somehow packed with chillies. They do use aji molido (chilli powder) but in very small amounts, as a seasoning, rather than a feature of the dish. Argentines love their food to have flavour, but not so the chilli kick overtakes everything and you spend the rest of the meal gulping down iced water. While I was over there, I got absolutely addicted to chorizo sausage (a coarse pork sausage) and was thrilled to track down an online butcher that claimed to sell them in the UK. But when my order came, we could hardly finish them - they were too fiery, with chopped red chilli - and its seeds - inside. And if you're dished up a red hot and spicy chimichurri salsa it might be the chef's interpretation of the sauce, but it's not real, traditional chimichurri.

They eat their steaks rare
If you go to Argentina you'll eat a lot of beef. But it'll be cooked medium - just blushing pink as you cut into it - or completely well done. They don't like their steaks bloody, so if you're eating at a restaurant and want your steak cooked rare, ask especially. You need to ask for it 'bien jugoso' (pronounced 'bee-en hoo-goss-oh').

They eat lots of corned beef
My husband gets quite a bit of stick about corned beef here in the UK - it seems a lot of people we know think Argentinians are wolfing down the stuff every chance they can. It's true that South American countries do export quite a bit of corned beef. But most people I spoke to when I was in Argentina didn't even know what it was, and if they did, they certainly didn't eat it very often at all. Put it this way: if you could buy 2kgs of prime steak (bife de chorizo) for the equivalent of £7, would you eat the tinned stuff? Didn't think so.

They don't eat many vegetables 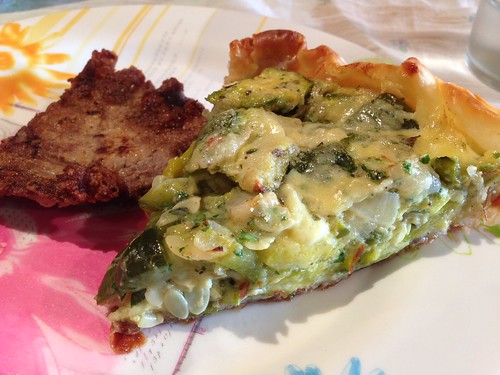 When my mother in law came to stay with us a few years ago, she cooked a few times. And she never served vegetables with any of her meals. And I thought that's how they ate in Argentina. And then I went there and found out it was just my mother in law. Veggies are served at every meal, but not like we'd dish up carrots and peas alongside a pie. They make tarts with green squash and sweet red peppers, put spinach in their pasta and whip up creative and delicious Argentinian salads. In winter, veggies are cooked in stews. It's more a case of putting the veggies in something than dishing it up on the side, but they're still there.

They drink lots of wine 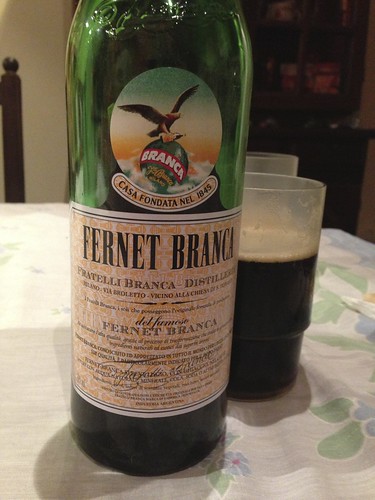 Just because Argentina has, quite rightly, become a huge exporter of some gorgeous wines, there's a bit of a misconception that they all drink a lot of it. I went to a lot of family gatherings, parties and meals at restaurants there, and although there was wine on offer at a few of them, I noticed most people stuck to Coca Cola, lemonade or soda water flavoured with Terma, a refreshing squash made from citrus fruit and herbs. If they were drinking alcohol it was ice-cold beer, ánana fizz (pineapple cider) or a small glass of Fernet, a spirit with a slight licorice flavour, often served with Coca Cola. Argentines will have a little glass of wine with a meal, as a treat, but they're certainly not knocking it back as some people think. Alcohol isn't even served at football games - at the San Lorenzo stadium near Buenos Aires they served either coffee or cola.


Did any of this surprise you? What do you think about Argentine food?