Bacon. It's a tough one. We're being told that we shouldn't eat too many processed meats like bacon, sausages, chorizo and ham. And yet it seems to constantly exist on menus, in our homes and at bed and breakfasts up and down the country. For me, when I'm in the UK, it doesn't really feel like a 'holiday' until you walk into the breakfast room and smell freshly-grilled bacon ready and waiting for you to schnaffle down as part of a Full English.

But I think part of the problem is that we're eating too much of it. In the news the other week there was concern over the amount of processed food people are eating. The government advice currently stands at 70g per day. Researchers reckon that it would be better if we were eating 20g per day. They haven't said we actually, really, need to avoid it altogether.

I'll be honest - I don't use loads of bacon in my cooking, all the time. I buy it probably once a month and then it's used in little snippets in meals like Spaghetti Carbonara or Pasta e Fagioli, a few rashers at a time, feeding all of us. So, bearing this news in mind, and also the fact that this week is Bacon Connoisseurs Week, I thought I'd share with you ten of my favourite bacon recipes. They don't use loads of it either, so many of them are a good way to get your bacon fix while at the same time not over-doing it.

Have a look at these... (click on the title of each one to go to the recipe) 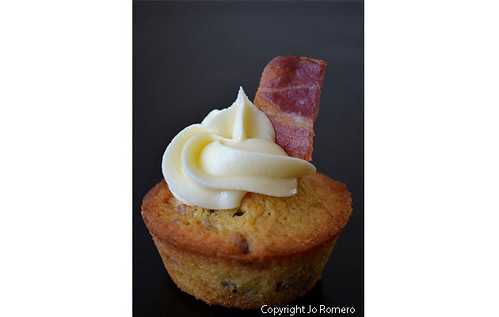 Bit weird, yes. Rich, also. But worth a try, especially if you like the saltiness of bacon along with the sweetness of maple syrup and the eggy cake. 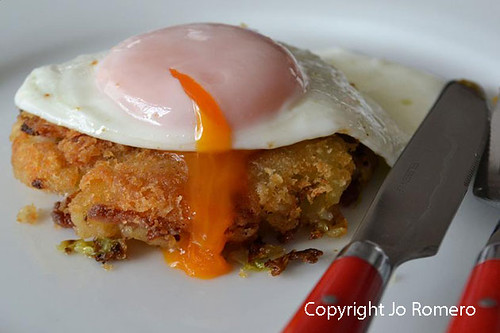 Another recipe I did for the same article and one of my favourite ways to use up leftover mashed potato. The cabbage has a real earthiness along with the salty bacon. I love the rich Cotswold Legbar egg yolk with it too. 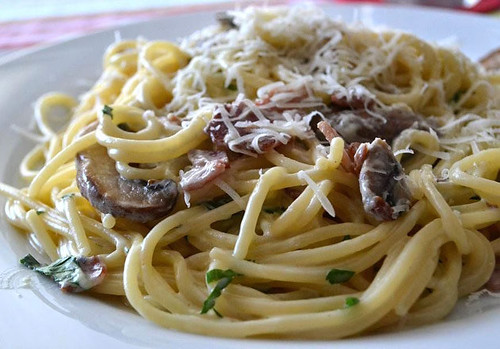 You just can't beat a good, old-fashioned spaghetti alla carbonara. I've tried making it without the bacon, but it just isn't the same. Feeds a family of four for only just over £5. You can grate in some courgette too, if you like. 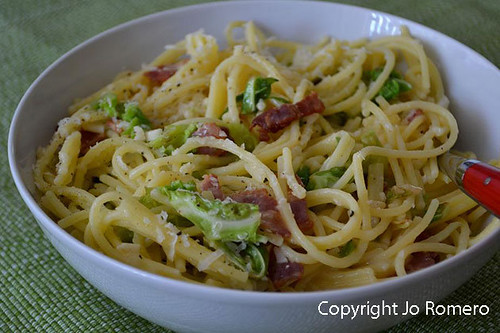 Bacon and cabbage, again. This is a really quick pasta dish and my girls love it. 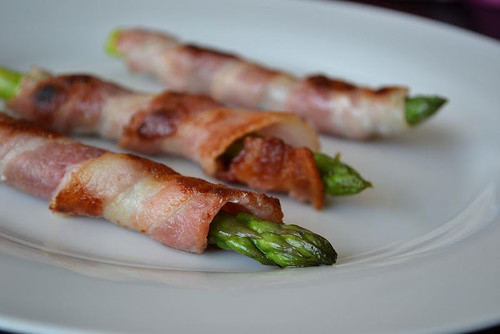 Things wrapped in bacon always seem to gain interest and this one's no exception. I've toyed with the idea of doing the same to purple sprouting broccoli but not yet got round to it. The fresh, green asparagus spear seems to invite richness, whether that's being wrapped with a slice of streaky bacon or the silky, deep-yellow yolk of a duck's egg. 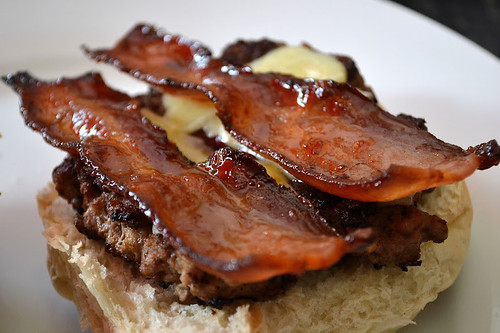 I went through a stage of enjoying sweet bacon. The maple glaze is easy to achieve, just drizzle over a drop as the bacon has its last couple of minutes of grilling. Great in sandwiches and also in beefburgers. 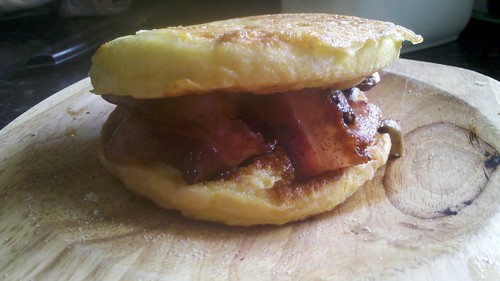 The photo's not great (it was before the days of my posh camera), but the recipe really is. It's bacon and mushrooms pressed between two eggy halves of a muffin. Like a full English breakfast in sandwich form. 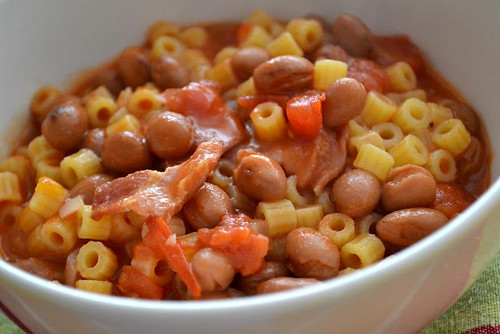 Another cheap dish to make, and great for using up any leftover rashers of bacon you have in the fridge - you don't need that much of it for it to give its flavour to the beans and pasta. 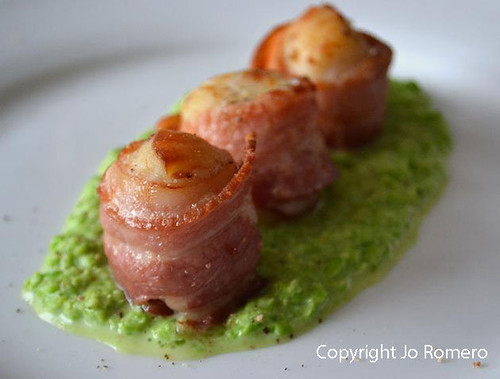 Another recipe from my bacon-wrapping stage, this time sweet, virtuous scallops. Wrapping them in bacon seemed almost sinful - but the pea puree lifts the whole dish. Loved this one. 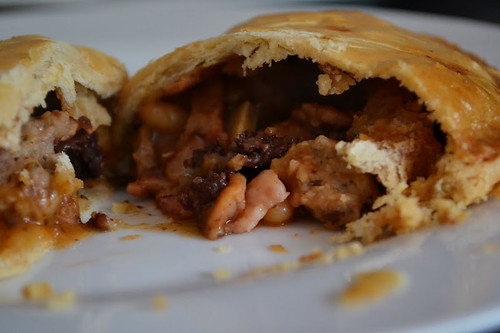 Bacon, sausages, beans... the idea from this came from a pie I was sent by Pieminster during the rugby one year. So I made one myself and we totally enjoyed it. Great for breakfast, or any time of the day, to be honest.

What are your favourite bacon recipes?