British Cheeses for the Festive Season

Mmmm.... British cheese. We are so lucky in this country that we have such a massive choice when it comes to locally-produced cheese. We have British versions of brie, goat's cheese and something that very much resembles Feta, although they're not allowed to call it that.

So this Christmas I pulled together a few of my favourites and thought I'd tell you a bit more about them. 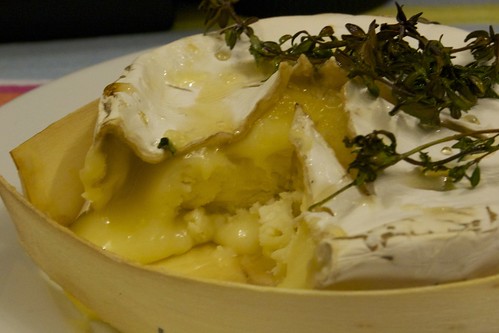 One of my all-time favourite cheeses is Tunworth, which is produced in Hampshire. It's a white, slightly firm cheese that looks a bit like a Camembert or a small Brie. But for me, it has slightly sweeter flavours. It's pricey (my little disc of the stuff cost just over £6) but it's worth the money. I unravelled the wax paper the cheese was wrapped in and then placed the cheese back inside its wooden box. I cut a cross into the centre, drizzled it with honey, topped it with a few sprigs of fresh thyme and baked it at 190ºC for about 10 minutes. When it was oozy and slightly darkened at the edges I served it with some crackers. We all thought it was the best cheese on the table. 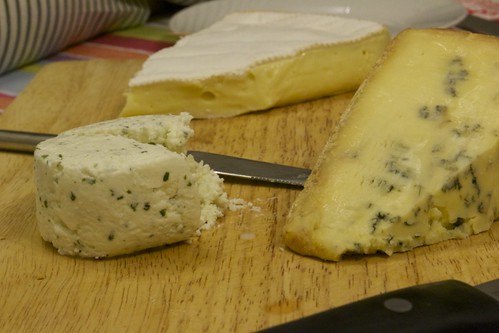 Another of the favourites was a ewe's milk cheese called Sussex Slipcote. It's a bit like Boursin, in that it's soft and white and speckled with garlic and herbs. But it's not really like Boursin when you taste it. The garlic and herb aspect is milder, less overpowering. The cheese is soft but somehow a little bit crumbly. The children loved it. Next year I'll buy two.

A Christmas cheeseboard wouldn't be complete without a wedge of Stilton, and since I started my cheese habit I've realised that flavours and textures between Stilton cheeses vary. Some are saltier than others, some crumblier than others and some I can hardly eat because they taste so sour. Cropwell Bishop Stilton is the one I settle for. It has a creamy but crumbly texture that just melts away in the mouth and a sweeter flavour than many other types.

Somerset Brie was the final cheese we tucked into. The secret is to leave it out at room temperature for an hour before you serve it. We bought the Brie already ripe so it didn't take long to give way at the sides and become oozy and bouncy. Again, I found that British Brie has a milder, sweeter flavour than some of the French Bries you can buy - which I prefer.

What cheeses did you eat over Christmas?
Email Post
Labels: british cheese Christmas