You might have noticed that I've recently been caught up in the middle of a slow cooker revival - cooking all sorts of things in mine - ribs, stews, 'roast' dinners, burritos - and I'm always on the lookout for more unusual dishes to cook in it.

And so I came across this cookbook, called I Love My Slow Cooker by Beverly LeBlanc. I downloaded it on my Kindle and set to work. 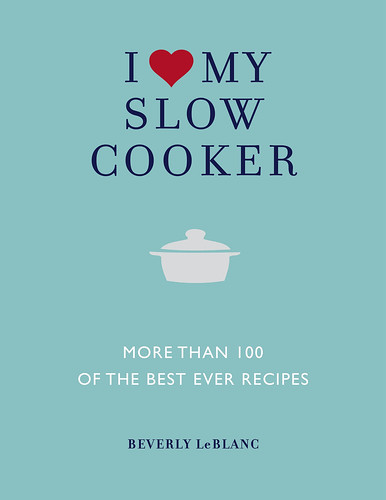 Now, cooking whole chickens in the slow cooker is nothing new to me, but we all agreed that Beverly's French 'Roast" Lemon and Thyme Chicken was the best slow-cooked chicken we'd ever eaten, and I promised to cook them all like this from now on. The secret is browning the chicken first, in an oiled pan, before placing into the crockpot. The skin looks much more attractive this way, and then you deglaze the pan and pour the winey juices into the crock pot with it. With this method, you also stuff the breast a little with herbed butter and the cavity of the bird with lemon, garlic, thyme and shallots. We loved it. 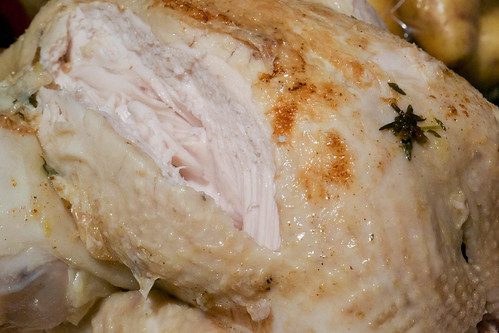 Equally good was the slow-cooked Chinese pork belly. Again, all the reasons you use a slow cooker in the first place are here - the preparation is quick and easy and as long as you have the pork belly, you could rustle it up with a well-stocked food cupboard (I had to buy the sweet soy sauce specially, but it's worth having - you'll use it in your usual Chinese style dishes and marinades anyway). 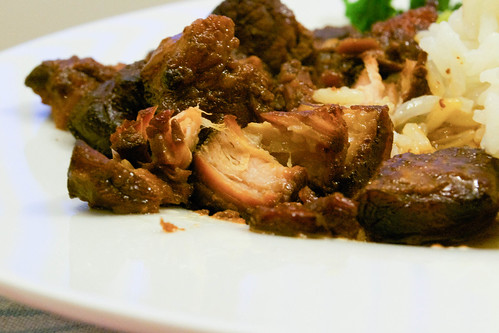 I also cooked the Thai Fish and Coconut Curry, which was a hit with the family - I used coley for the white fish, and the sauce was fragrant; zesty and fresh, infused by the lime and the Kaffir leaves. I've never attempted to cook fish in the slow cooker, and although it was only in there for 12 minutes, I expected it to be dry - but it wasn't - it was perfectly cooked. The sauce itself is cooked for an hour and has a really deep flavour that's completely different from making a quick Thai curry on the hob. Next time, I'd probably use a little less shrimp paste than the recipe states, but that's just personal preference - it was a mighty good Thai curry as it was. 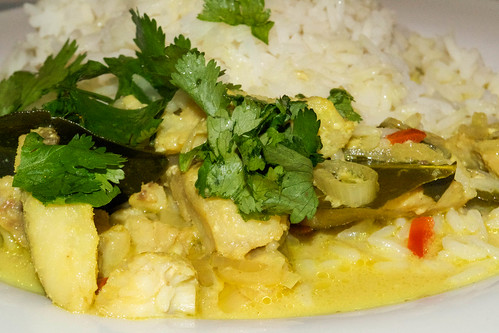 As well as meat and fish dishes, this book also has its fair share of slow-cooker soups and sauces, vegetarian dishes, puddings - and a chapter at the back of the book for accompaniments that go with your creations, such as dumplings, curry sauce, and stocks.

There's definitely a recipe for every preference in here - and from all over the world, too. You often see a lot of American-style slow cooker dishes (well, that is where it was invented, after all) but it's refreshing to see Chinese, Thai, Indian, Moroccan, Japanese and Spanish dishes featured here too.

I couldn't really fault this book - it's clearly written, the recipes are realistic and could be enjoyed by the whole family. It's also a great starting point for those wanting to cook more unusual dishes in their slow cooker, and also one for well-established crockpot lovers who want to take their cooking to the next level. 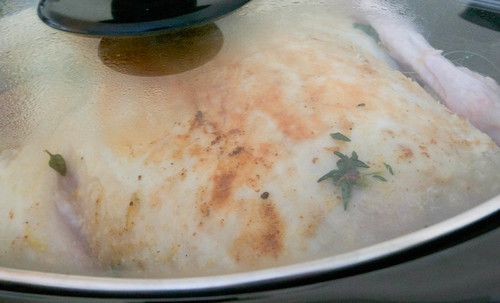 I Love My Slow Cooker is published by Duncan Baird Publishers. It's available on Amazon, check it out here (it's an affiliate link):