Relax. No enchanted reindeer were harmed during the making of this snack. These are Rudolph potatoes, the red-skinned variety perfect for baking and roasting. I've already talked about how I reckon they really do make the perfect roast potatoes, and so this time I decided to bake them, scoop out their fluffy insides and make loaded potato skins with them. We're going to have some for dinner on Christmas Eve, they're perfect with a blob of sour cream and scattered with snipped chives. 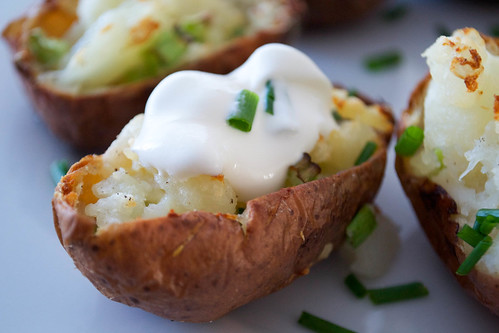 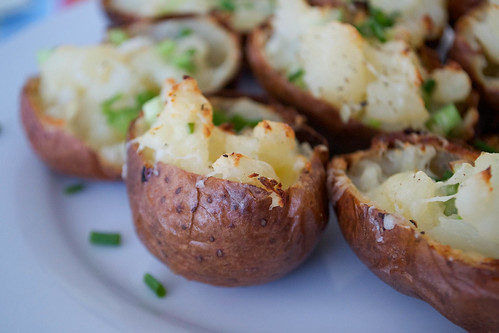 What are your favourite loaded potato skin toppings? Bacon? Cheese? Let me know in the comments below...

Thank you to Rudolph potatoes, who sent me the potatoes to cook with.
Email Post
Labels: carbs party street party vegetarian veggies