Jersey Black Butter... and What to Do With It

When I was promised a little jar of Jersey Black Butter I was actually quite intrigued. Having never heard of it before, I thought it would obviously be, well... some kind of butter. But it isn't. It's a kind of a smooth chutney that's made from simmering cider, spices, apples and licorice for hours until it goes jammy. 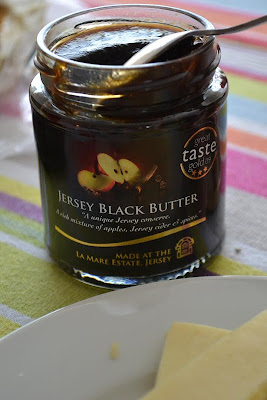 It smells Christmassy, is sweet and dark and has just a mild hint of the licorice. (I don't generally like licorice so if it tasted strongly of it I would tell you.)

I know a lot of people just spread this onto buttered toast but popping open the lid and inhaling the spicy aromas, the only thing I could think of doing with it was dolloping a blob onto a cracker and having it with some cheese. It was great, and the whole family loved it.

You can buy Jersey Black Butter from the La Mare Wine Estate website, and I've added some suggestions on things you can do with it (apart from spreading on toast) to give you some inspiration. 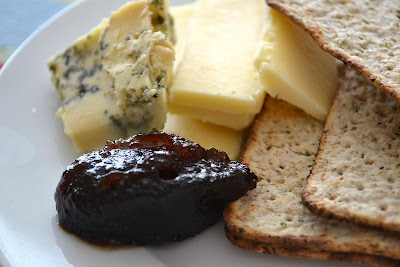