With Easter fast approaching, I was asked if we would like to have a go at decorating a chocolate egg from Asda's egg decorating kit. The kit comes with a tube of white icing that tastes like vanilla and some colourful white chocolate buttons. 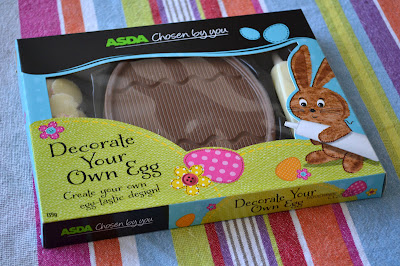 I was anticipating a bit of mess, but thankfully, the girls found them really easy to use. Wiggly lines etched onto the eggs gave them a guide for where to put the icing and they decorated them in the plastic tray they came in, which made everything a lot easier.

My 6 year old decided to make a pretty pattern with hers with dots and wiggles and some precisely placed chocolate buttons... 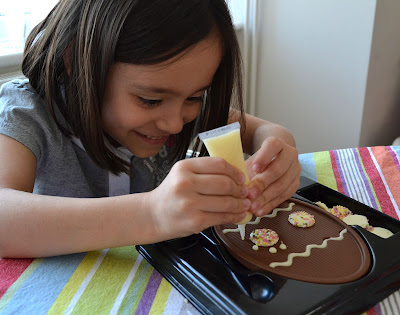 While my 3 year old opted for making a face with her egg... 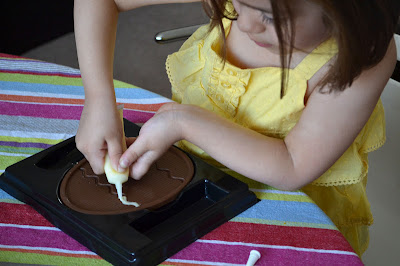 ... I think more of the chocolate buttons got eaten than ended up stuck on the actual egg though... 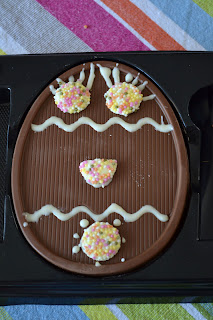 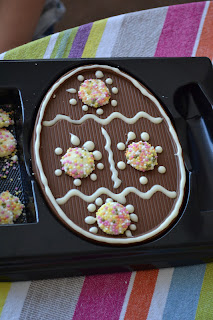 They loved doing it, and if I hadn't been taking the photos I could have easily left them to it and had a few minutes with a book and a cuppa while they iced and chomped on the spare chocolate buttons. 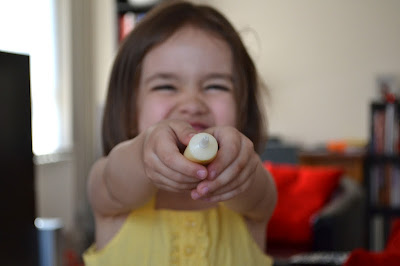 The best thing about it though for them, was that decorating their own egg felt special - it was great to see the concentration on their faces and they really did enjoy doing it. It would be a good idea to get a few of these if you have kids over during Easter - just leave them to get on with it!

Look out for the decorating kit in Asda stores in the run up to Easter.