Flavours That Go (And Don't Go) With Goat's Cheese

I love goat's cheese - it's tangy, creamy and lower in cholesterol than many other cheeses, so I don't feel as guilty eating it. But it can be tricky to know what to do with it. I usually eat it on bread, toasted under the grill or scooped into little bite-sized pieces and scattered into a salad. But what else goes with goat's cheese? Well, round of cheese, knife and board at the ready, I decided to find out: 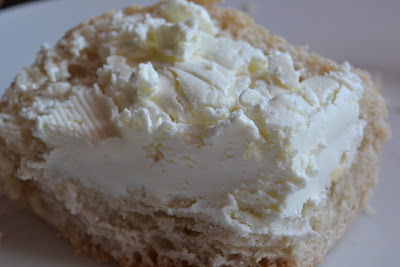 Grapes: A classic combination; grapes and cheese. The fruity grape offsets the tart cheese while its fruitiness bounces around the mouth until it settles into a sweet tangy taste at the end. But the grape overpowered the flavour of it for me; I only tasted the cheese at the very end. But being fruity, as with all cheeses, the grape cleans the mouth when eaten together. Refreshing, but not really equally balanced. Verdict: 6/10


Chocolate: Bear with me. I first came across this pairing in Niki Segnit's The Flavour Thesaurus, where she remembers attending a tasting session with chocolatier Paul A. Young where goat's cheese and chocolate were paired together. She claimed that it resulted in a surprisingly pleasant taste. And it's not actually that bad - in fact it's very good. Take a square of dark chocolate (I had 72% cocoa Belgian chocolate), top it with a small spoonful of soft goat's cheese and pop it in your mouth. The velvety chocolate offsets the tangy creaminess of the cheese, and they balance out together, resulting in a kind of chocolate cheesecake flavour. Once I started, I had trouble stopping, until I remembered I had other flavours to try out. Don't expect to have seen the last of this. Verdict: 9/10 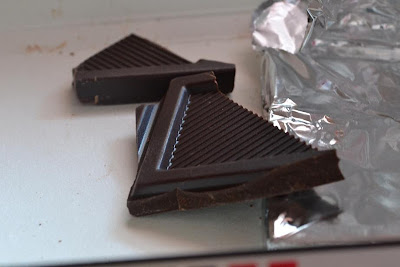 Cranberry Sauce: I have, cut out from an old magazine circa 2005, a recipe for goat's cheese, cranberry and filo tarts. Cranberry sauce was used in the recipe instead of the natural, tart berries and so I tried it for myself. I can see how this could work, but I found the cranberry sauce overwhelmed the flavours of the cheese. I couldn't really detect the cheese until the end. Might work better with real cranberries rather than the very sweet sauces. Verdict: 5/10

Honey: Honey works so well with other cheeses; I love it drizzled over some manchego for example, or over some baked Tunworth. But drizzle a little runny honey over a blob of soft goat's cheese and you'll struggle to taste the goat's cheese at all. The flavours become lost amongst all that sweet, sticky honey. Not a bad flavour, but apart from in texture, the goats cheese might as well not be there. Verdict: 5/10

Apricots: Again, back to The Flavour Thesaurus. Niki Segnit suggests a 'kitchen snack' of goat’s cheese with a dried apricot. I tried this, and the perfumed flavour of the apricot worked really well with the goat's cheese. Not sure how I would use this (in a salad, perhaps?) but it was good. Verdict: 8/10

Chilli: The heat and pepperiness of chilli works so well with any cheese really, so this isn’t much of a surprise. You still get the individual flavour of the cheese, but you also get a peppery kick from the chilli. I’d have a goat’s cheese salad with a chilli oil dressing any day, or stuff the cheese into those little spicy ‘peppadew’ peppers. Come to think of it, that goat’s cheese and Sweetfire Beetroot salad I made last year was pretty good. Verdict: 8/10 (Which leads me on to…..)

Beetroot: I love how the sweetness of beetroot calms down the tang of the goat’s cheese, but how they both mingle in a flavour combination of their own. The rooty beetroot comes through equally against the soft, tart cheese. And I also like how it stains the innocent, white cheese with a fuschia bloom. A bit like a lipstick mark on a freshly-washed collar. Naughty beetroot. But I like you. Verdict: 9/10

Garlic: One of my all-time favourite snacks is a baguette, with roasted garlic and goat’s cheese, toasted under the grill and then dribbled with a little olive oil. Shame it takes nearly an hour to get it ready. I first made it with Nigel Slater’s recipe, which is what got me hooked onto goat’s cheese in the first place. Garlic has a really sweet flavour once it’s roasted, and it works so well with the goat’s cheese, especially when the cheese has that golden, toasty crust on top. *rushes into kitchen to find baking tray and bulb of garlic* Verdict: 10/10. 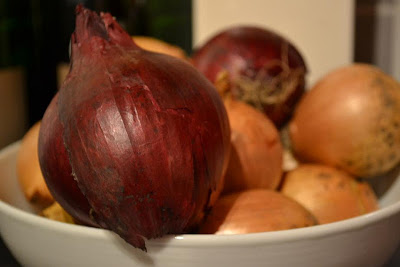 Red Onions: TGI Fridays do a burger that comes topped with a slice of goat's cheese and a tangle of sticky balsamic red onions. It's my favourite burger there, and my favourite bit is not necessarily the chargrilled beef, but the acidic, sweet onions against the melted, creamy cheese. Especially when dipped into the garlic mayo that arrives alongside it. Verdict: 9/10.


Do you have any favourite flavours that go with goat’s cheese? Or any cheese, in general?