How Comfort Foods Can Affect and Heal the Mind 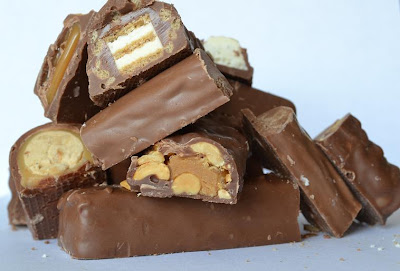 Much has been written about nutrition and what foods can do physically for the body. For example we all know that milk contains calcium which benefits the bones and teeth, and that brazil nuts contain selenium, which boosts the immune system. But what can certain foods do for the mind? I put together a round up of some of the most ground-breaking studies to try and answer this question. But before I start, I'll say this: if you've ever felt soothed and calmed by a smooth chicken soup or de-stressed after a big stodgy plate of pasta, there may be more to it physically than first you think.

Comfort foods make you feel 'less lonely'
We all have favourite meals we remember eating as a child. One of mine is pilchards on toast, that I remember my mother unceremoniously plonking in front of me one Saturday afternoon when I was about 10 years old. Another, that my sister and I often mention now, is baked potato with tuna mayonnaise. Our grandmother used to make it for us when we went to stay with her, and I still feel a certain fondness for her every time I eat it now.

So certain foods remind you of important people in your life. But can these foods actually make you feel less lonely? According to a study carried out in March 2011 by the University of Buffalo, they can. The study monitored participants' responses to chicken noodle soup and later asked them to take part in a word quiz. Those who considered the soup as a comfort food were more able to complete relationship-oriented words in the quiz more easily. It was concluded that there was a link between the food and relationships. "It's not so much that mashed potatoes or fried chicken produce these effects", said researcher Jordan Troisi at the time, "it's more about these foods having developed an association with close others."


Comfort foods can reduce stress
Norman Pecoraro PhD, who co-authoured a 2003 study at the UCSF, found that there was an 'evolutionary' answer as to why we crave comfort foods such as pasta, bread and potatoes, when we're stressed. He carried out research on rats, and found that it made "evolutionary sense" that we craved high-energy foods when we are anxious. He argued that it was the body's way of responding to an injury, threat or other anxiety by sending out signals to fill it with dense, calorie-rich foods. "This seems to be the body's way of telling the brain: 'It's OK, you can relax, you're fuelled with high-energy food'", Pecoraro revealed.

Simlarly - and chocolate fans will love this - there was a study carried out in 2009, which monitored the stress levels of participants who ate 40g of dark chocolate every day over two weeks. They found that the subjects that had consumed the chocolate reported a lower incidence of stress and anxiety. They concluded that this amount of dark chocolate daily was "sufficient to modify the metabolism of healthy human volunteers".

Comfort foods can make us feel 'happy'
I often wondered if it was the ooze of a good, creamy risotto or the silkiness of a well-made ravioli that was responsible for my uplifted mood. I always believed it was more about the texture of a food giving that satisfaction than just the taste alone. But according to a study carried out by the University of Leuven in Belgium, the actual rise in mood happens without texture or taste at all. It's all to do with chemistry. Researchers fed people either a saline liquid or a fatty acid through a tube directly to the stomach and watched the effect on the participants' brains on an MRI scan. The results were alarming.

Researchers watched as the group who had - unknowingly - received the fatty acid, showed differences in brain activity to the group who had received the saline. In addition, the 'fatty acid' group also reported feeling 'less sad' than the other group. So if you feel nourished by the taste and texture of a soft, creamy soup, forget it: it's all about the chemicals.

Conclusion:
While there can be no doubt that comfort foods do soothe, whether it's because of a fond memory of someone close to you, the body's chemistry or an ancient craving for high-energy foods, food shouldn't be relied on to provide comfort alone. As Norman Pecoraro said, on publishing the results of his study on stress: "seeing a long term solution in comfort foods - rather than fixing the source of the stress - is going to be bad for you". But it is good to realise how it all works.