My husband returned from Argentina the other week after visiting family, and although we were excited to see him when he came back, we were equally excited to see what he had brought back with him! A trip to Argentina always means foodie treats and this time he brought back lots of goodies that I thought I would share with you.

We are now the proud owners of a giant 1kg pot of dulce de leche as well as some alfajores and havannets.

Dulce de Leche
Firstly, the dulce de leche. Translated as "sweet of milk" it's a milk-based caramel that can be spread onto toast, pancakes and cakes. It can also be used to make a caramel cake icing, as I did for this chocolate cake. 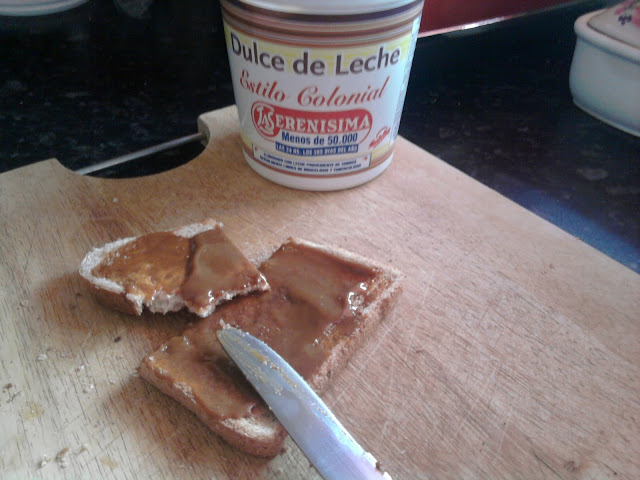 It's addictive stuff. This is my first time eating real dulce de leche from Argentina and I was surprised that it was a lot thicker, more glossy and firmer than the dulce de leche available here. It's also, surprisingly, less sweet and has more of a creamy, "dairy" taste than the UK-bought stuff. I thought it would work really well in the Salted Caramel Torte - where there were problems with the caramel being too runny and oozing out. In Argentina, it's used in practically everything sweet - biscuits, cakes, desserts....
As for what else to do with it, fill cakes, pancakes, spread on toast, stir into apple crumble fillings before sprinkling the rubbly crumble on top, make banoffee pie, drizzle over ice cream, or depending on your emotional disposition, (dentists look away now) eat with a spoon directly from the jar (!).

Alfajores are amazingly popular in Argentina - they are small, circular biscuity-cake discs sandwiched together with (yes you've guessed it) dulce de leche. Then, the whole thing is covered in chocolate or a thin layer of powdery-white meringue. There's a lemony kick to them, too - but it's subtle. In Argentina, alfajores are everywhere, and there are different brands - Havanna are widely considered the best, and are also the most expensive. I've tried a few brands however, and I have to say an alfajore has never let me down! 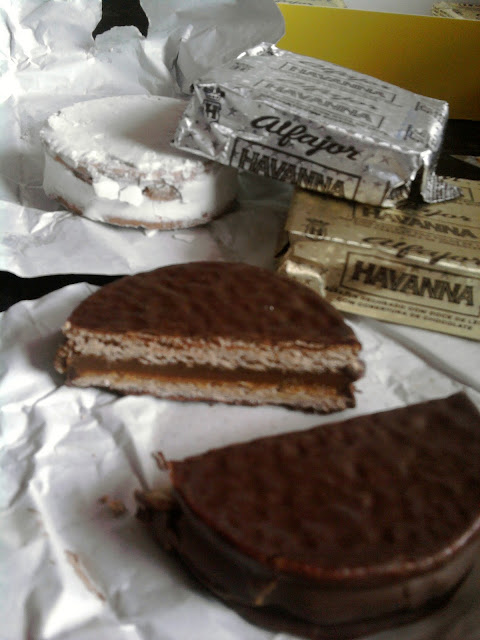 I also love how they are carefully wrapped in gold or silver paper - gold for chocolate, silver for meringue - it really does feel like a treat!

Havannets
Of all the things he brought back, the children have gone the most crazy over these. And they are amazing. Again, beautifully wrapped and presented in the box, havannets are little chocolate cones, with a thin layer of biscuit inside. The hollow cone is filled with dulce de leche and these do taste quite lemony - more so than the alfajores. The dulce de leche is really stiff, so they aren't as messy to eat as you would expect. 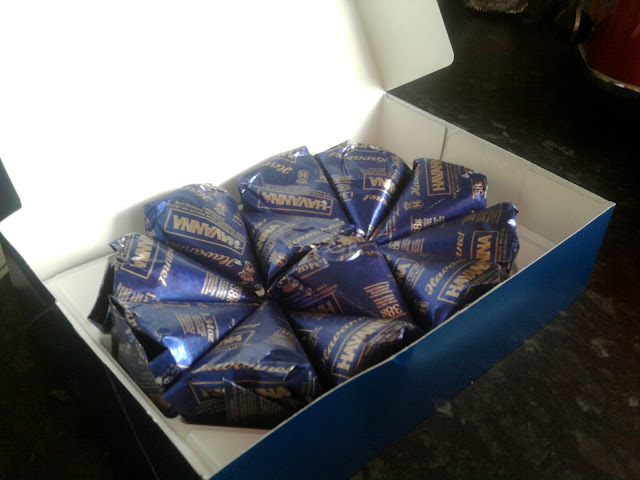 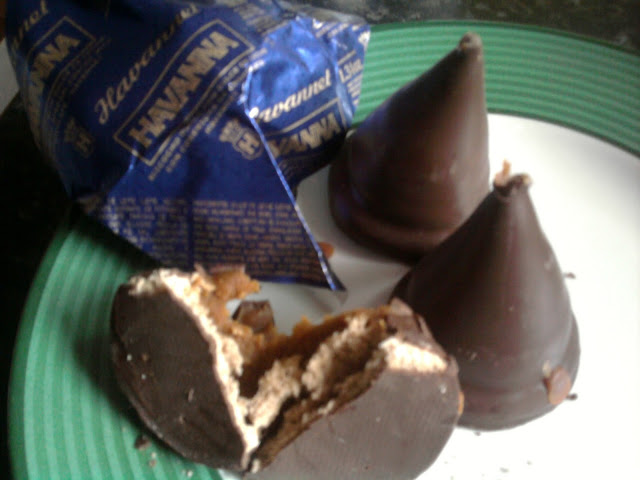 If you get the chance to try any of these Argentine treats, do. Especially if you have a sweet tooth! If booking the next flight to Buenos Aires seems a bit extreme, check online. In the UK they can be bought from Mercado Argentino in London. Check their website for what they have in stock. I've used them in the past and their service has been very good. One of my favourites (which he didn't bring back, so I will have to send him again ) is Mantecol - a kind of sweet, solid peanut butter that comes in a block and you hack bits off at will. You can also get Turron, a fruit-studded nougat.

Have you been to Argentina? Have you ever tried any of the foods there? Share your experiences below!
Email Post
Labels: argentina chocolate sweet